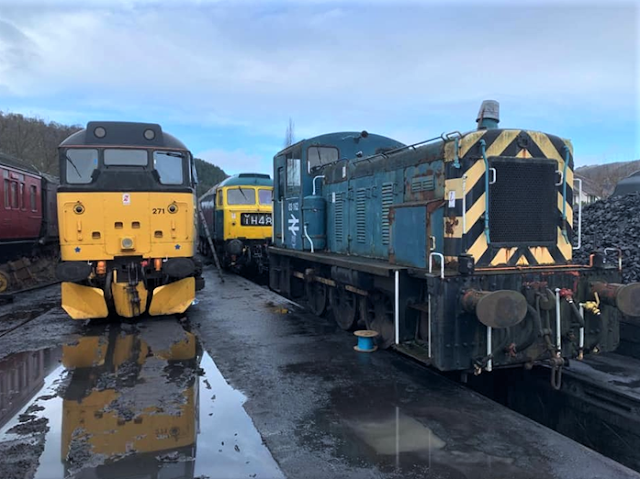 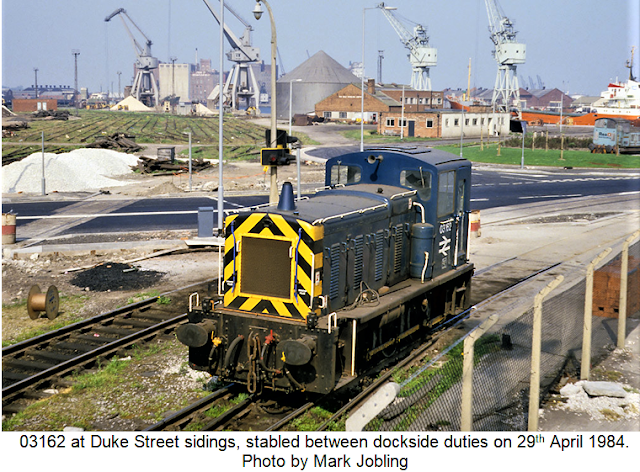 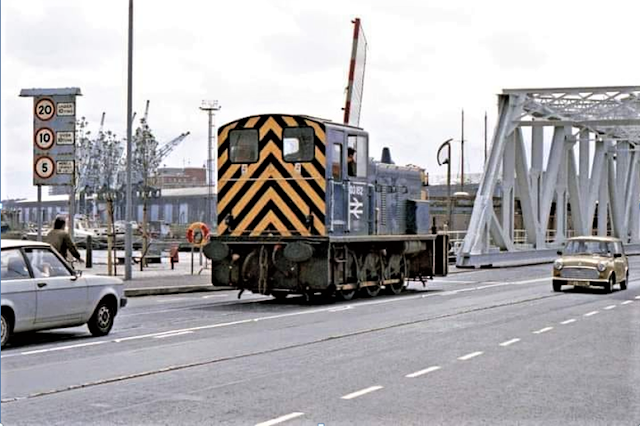 * 03162 is seen working across the Duke Street swing-bridge on the road tramway section of the Birkenhead Docks Railway in the early 1980’s.

This will allow fundraising for an overhaul and restoration project to commence immediately with a view to returning the locomotive to regular use as soon as possible.

Colin Simpson, Principal Museums Officer at Wirral Council, said “We are happy to transfer ownership of the loco to the Llangollen Railway Trust in acknowledgement of both the interest that has been expressed and the care that has been shown to 03162 over many years, and hope that they are able to use the loco to best effect."

The railway's Pete Edwards, who brokered the discussions with the council, said: “I first approached Colin back in 2019 regarding the loan status of 03162as it was becoming clear it was starting to deteriorate.

"We are very grateful of Wirral Council’s recognition of the care we have provided to 03162 in the 33 years she has spent at Llangollen - longer than her original career with British Railways.

"Transfer of ownership to us presents a number of opportunities but first and foremost is the chance to embark on a restoration project to safeguard her future.

"A fairly significant amount of work is required, so we are looking at a three to five year project with funding coming from donations.

"We are well-aware of the loco’s popularity amongst enthusiasts and the much-needed revenue it could bring to the LR through use at our galas, driver experiences and enthusiast specials. It will also be a very useful addition to our shunter fleet.

Built in 1960 at Swindon Locomotive Works, 03162 has an interesting history. Along with classmates 03073 and 03170, in 1981 it was transferred to the Birkenhead Mollington Street Depot for use on both the Dock Railway and Merseyrail Electric Depot.

The Birkenhead 03s were often stabled at Duke Street and could be seen working at Cavendish and Pan Ocean sidings, the latter of which could not take the heavier Class 08.

Railway operations on this part of the dock finally ceased in May1989 and the Birkenhead 03s were the last of the class in use on the mainland British Isles.

All three went on to be preserved and British Rail donated 03162 to Wirral Council’s Museum Service, who were developingthe Wirral Transport Museum & Heritage Tramway.

As the museum was still some time off being able to receive the loco, it was loaned to the Llangollen Railway in 1989.

Arriving in full working order, 03162 was quickly put to good use in North Wales, hauling engineering and works trains in support of the railway’s “Project X” extension to Glyndyfrdwy and Carrog.

The loco underwent routine maintenance and enjoyed a repaint back into BR blue livery in 2003.

Being in largely ex-BR condition and suffering from a worn final drive gearbox, the loco gradually fell out of regular use. It was last used to operate ballast trains on the Corwen extension in 2014, but has been in storage at both Carrog and Llangollen since then.

Pete added: “Now we have confirmed that Wirral Council no longer require 03162 for display at Birkenhead, we look forward to ensuring she is restored to fully operational condition.

"All being well this will be in time for her to celebrate her 65th birthday in fine style in 2025.

Posted by llanblogger at 9:33 AM