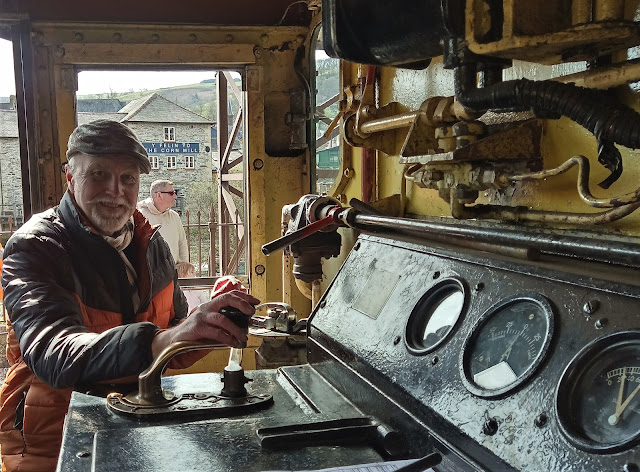 * Phil Robinson at the controls of the old 08 loco.

Like lots of young boys I imaged myself one day as a driver of a train speeding along the country’s permanent way.

And yesterday morning I had the chance to do just that as I got a slice of trackside action with Llangollen Railway’s current Driver-for-Fiver offer.

The aim is to allow budding Casey Joneses to take the controls of a vintage diesel engine for a short chug on the famous Dee Valley line over the Easter weekend and beyond for just £5.

The venerable machine being used to provide a taste of what it’s like to be in command on the footplate is a 66-year-old shunting locomotive that can usually be found doing unglamorous jobs like moving locomotives and carriages around in sidings.

The Class 08 diesel-electric engine number 13625 affectionately nicknamed 'Gronk' due to the distinctive noise made by its 350hp English Electric diesel engine, was built in 1956 at Derby Locomotive Works as a plaque on the side says.

According to Mike Williams a longstanding volunteer guard and Board Member for Operations at the railway, the 08, as she’s also known, had quite a hard life while working out of the Great Western Railway’s Cardiff depot before rattling into another tough career as the chief workhorse at Llangollen heritage railway around 30 years ago.

Mike explained that 08 spent lockdown handling a wide variety of heavy chores on the local line and actually won the distinction of being the first loco to run buffer to buffer from Llangollen to the new Corwen terminal of the line after the rails were finished being laid.

The first Driver-for-a-Fiver services ran on Saturday and drew quite a deal of business despite the grim weather.

Things were much drier, brighter and busier on Day Two yesterday when I went along at the invitation of railway bosses.

The idea is for people who fancy it to turn up and register for their ‘go’ on the footplate and by late morning a queue was forming on the platform with both young and not-so-young would-be drivers.

My instructor was Charlie Brook who has been driving the old 08 for the past seven years and has also had plenty of experience in charge of the railway’s steam engines.

Stepping up onto the open ‘cockpit’ he invited me to take a seat on a little stool on the side of the big control panel, which looks like something from a submarine with all its array of heavy metal and brass knobs, levers and switches.

It’s all a bit daunting until Charlie runs through things and explains that novices like me only have to deal with a few of these to get things underway and, more importantly, bring them to a safe halt again.

There’s a large brass direction lever which is pulled back or forward to get 08 moving ahead or in reverse.

There’s then a purposeful-looking power lever to pile on the speed – maximum is only 15mph - the air brake, operated by a big handle painted in red just above your head and, most important and fun of all, the whistle which you sound by tugging on a chain to let the outside world know you're heading in its direction.

Just like the driving instructor for a car, Charlie has duplicates of all the same controls easily to hand in case he’s called upon to take over in an emergency, which thankfully he didn’t have to do for me.

Under his watchful eye I pulled all the right controls at the appropriate times and got us safely a little way up the line and back again, all within an action-packed 10 minutes.

The only surprise is that although you have to apply a little power to get things going at a reasonable rate as you head towards Corwen due to the slight gradient on the line, hardly any ‘gas’ is needed in the opposite direction as you coast back into Llan station.

Obviously, they don’t let a complete amateur drive the engine with any passengers aboard and both the carriages we are hauling today - one closed and the other open-topped - are reassuringly empty.

The whole thing was lots of fun and, if I hadn’t spent my entire career doing something else, well who knows?

Mike Williams who said: “I’ve spent a lot of time working on the 08 over the last year. The old girl really has been invaluable to us, shunting our yards and also hauling the works trains to get our railway back in business.

"It’s a popular loco that doesn’t get much use on public trains and we’re often asked when there might be a chance to sample a ride behind it. Well, now people can – and they can even have a go at driving it too!”

Driver-for-a-Fiver is aimed at everyone aged over 12 and under 16s who must be accompanied by an adult .

With a return journey time of 50 minutes, the Berwyn Shuttle allows those looking for a shorter trip the chance to travel to the beautiful Berwyn station in the scenic Dee Gorge.

There is a station tearoom and it is also possible to take a walk to the Chain Bridge or nearby Horseshoe Falls and return back to Llangollen on a later train if desired.

Tickets cost £8.50 for adults, £5 for a child and £7.50 for seniors, purchasable from Llangollen station on the day.

Mike added: “The rolling stock the shuttle will use is also interesting and quirky, adding a bit of character to the experience.

"There is a converted open freight wagon, which has seating and a canopy. Travelling in this is a real outdoor experience and you’ll be able to hear the river as well as see it.

"There is covered accommodation for the less adventurous – a converted LNER pigeon van, which is fully enclosed but with nice, large windows. This vehicle is nearly 100 years old and was built to carry racing pigeons around the country.

"Don’t worry though, it’s had a lot of work done on it since then to make it suitable to carry people, including those who have mobility issues." 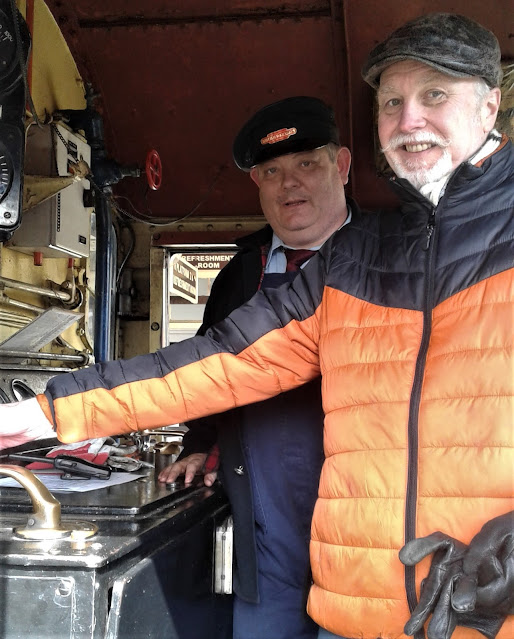 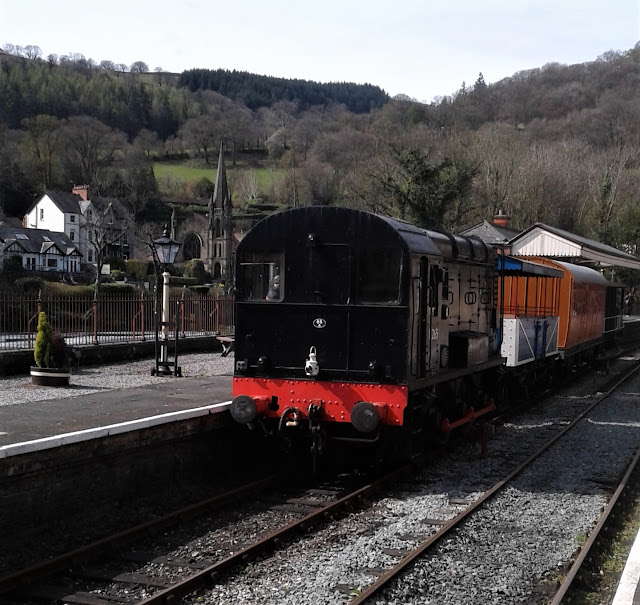 * Above and below: the Class 08 diesel-electric engine number 13625 being used for Driver-for-a-Fiver. 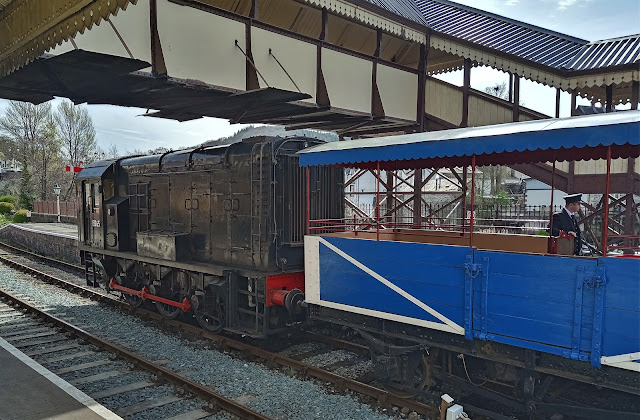