Town Council to mark VE Day in style next Friday 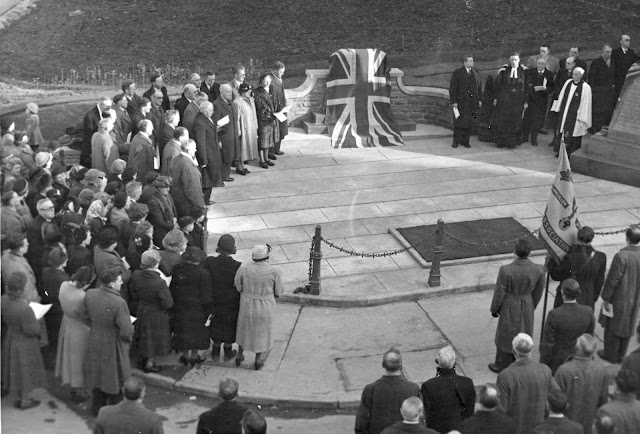 * What is believed to be the unveiling of the town's Second World War
memorial in the 1940s.

Next Friday, May 8th, as the country does its best amidst the lockdown to celebrate the 75th anniversary of VE Day, which marked the end of the Second World War in Europe, the Town Council will be marking the occasion in style by staging its own Llangollen Stay at Home Party/Parti Aros Gartref Dydd BE Llangollen.

This is a specially made half-hour film to be streamed live on Facebook with which people can join in without leaving their homes.

One of its key features will be a moving ceremony at the town’s World War Two memorial in Centenary Square performed by members of the local branch of the Royal British Legion.

The group in charge of the party recently put out a call for pictures of the wartime period and as a result received some great historical gems, including this one from the collection of former town mayor and town councillor Robert Lube.

It shows a ceremony at the former location of the two memorials off Castle Street before they were transferred to the new Centenary Square.

It is believed to depict the official unveiling of the World War Two memorial, which now bears the names of the 32 local fallen, from beneath a Union Flag in the years which followed peace being declared.