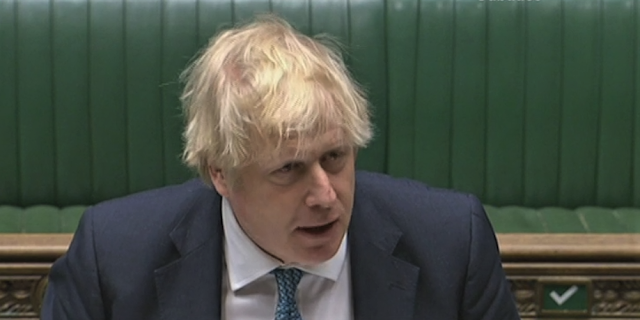 * The Prime Minister answers a question about Llangollen Railway.

Boris Johnson says Llangollen Railway has a “fabulous future” ahead of it after the coronavirus crisis.

He made the prediction during today’s Prime Minister Minister’s Questions after Clwyd South MP Simon Baynes invited him to ride one of its steam trains when the lockdown ends.

The exchange between Mr Johnson in Parliament and Mr Baynes online came after the railway announced on Facebook this morning (Wednesday) that its public appeal and share issue to help it survive the closure made necessary by Covid-19 had reached about £75,000. 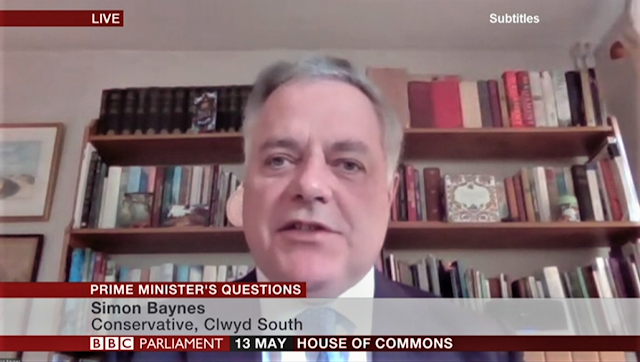 In his question Mr Baynes said: “The hospitality and tourism businesses in my constituency are vital for the health of its local economy, of which a very good example is the Llangollen steam railway.

“Will the Prime Minister join me in congratulating them on their current a fundraising campaign designed to see them through the coronavirus crisis and after that crisis is over would he please pop on board one of their steam trains when he is next in Llangollen?”

The Prime Minister replied: “I have a picture at home of myself and William Hague aboard the Llangollen Steam Railway, I am proud to say, and I congratulate them on what they are doing to raise funds and I have no doubt they have a fabulous future ahead with his [Simon Baynes’s] support.” 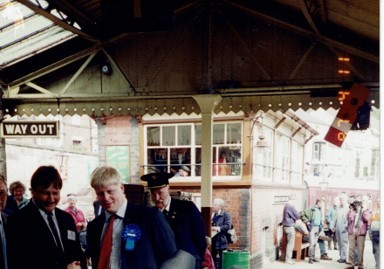 * Boris Johnson on his visit to the railway during the 1997 general election campaign.

Later, Mr Baynes said: “The PM has very fond memories of the Llangollen Steam Railway from his time as a parliamentary candidate for Clwyd South in 1997.

"I’m delighted that he has praised the steam railway for all their fundraising work in the current crisis and I know he shares my strong support for all the tourism and hospitality businesses in Clwyd South and across the rest of the country.”
Railway general manager Liz McGuinness posted on Facebook on Wednesday morning: “Following eight weeks of uncertainty we wanted to give everyone an update on what has been happening here at Llangollen Railway.

“Firstly, we would like to thank everyone that has donated and purchased shares over the last few weeks. We have now received approximately £75,000 in share purchases and donations, including gift aid, which is amazing!

“We have also applied for the Resilience Grant from the Welsh Government and a Bounce Back Loan from the bank backed by the Government but have yet to hear regarding either of these applications.

“Your generosity will help us to keep covering our overheads during this time. With listed buildings to maintain and engines needing regular servicing, like all heritage railways we are reliant upon our customers for an income and our income this year will be very much reduced.

“Our donations page will remain open for the foreseeable future and if you are in a position to help us further we would be very grateful.

“Regarding our events, so far we have cancelled all events and bookings to the end of June, we have rescheduled the Gin Train until September and the June Murder Mystery to November.

“With regards to other events, we are currently working a month at a time and will update these when we receive updates from the Welsh Assembly.

“Following the Government announcement at the weekend we do not think we will be open before the 4th July, we all have to wait and see and hope things improve. The safety of our volunteers, employees and customers is paramount but, rest assured, we are working as hard as we can to ensure Llangollen Railway is still here for you to enjoy once life returns to normal.”

The railway's appeal page is at: https://llangollenrailway.charitycheckout.co.uk/…/covid-19-…

Posted by llanblogger at 3:29 PM