Memories of wartime evacuation to Llangollen

Preparations for the 75th annversary of VE Day tomorrow (Friday) revived fond memories by Peter Wiseman, from Beckenham in Bromley, of his father's wartime evacuation to Lllangollen which we we share here ... 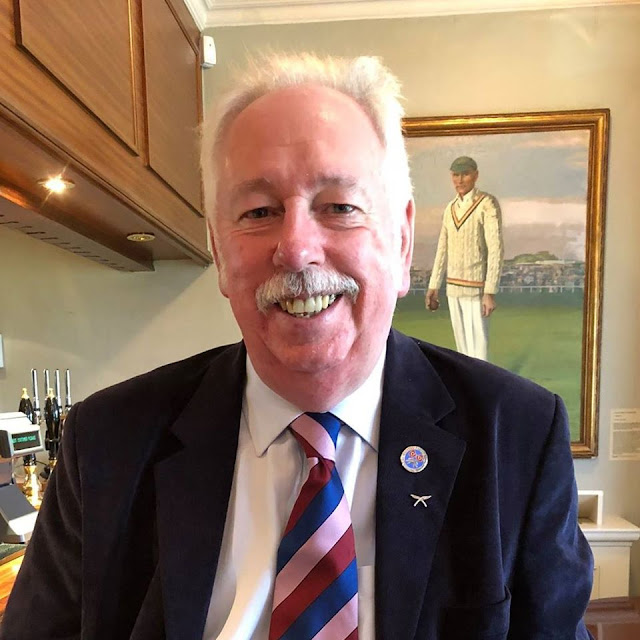 When war broke out in September 1939, my grandmother, Gladys Wiseman, had been employed by Monsanto Chemicals at their London office in Victoria Street since June 1931.

According to her Service Record (which I still have), she was the Secretary to a Mr. Arnold, having been recommended by Booths’ Agency and was in good health when she commenced her employment at the sum of £4.10.0 per week!

Her only son Derek (my father) was an 11-year old schoolboy and my grandfather, Albert, was a clerk at the Admiralty in Whitehall. 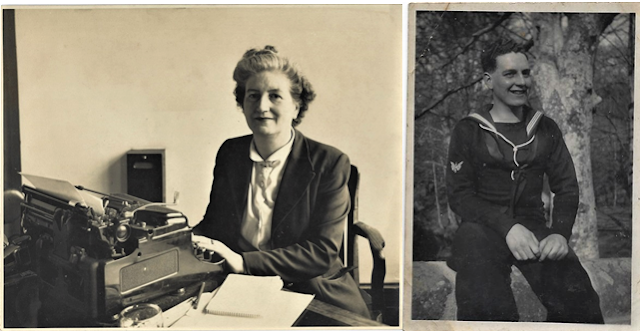 Gladys Wiseman at her typewriter at Monsanto and Derek Wiseman during National Service.

The family home was in Howard Road in Penge, South-East London and my father attended the local Catholic Primary School nearby.

At the commencement of hostilities, many children were being evacuated to other, safer parts of the country and, at Monsanto, it was decided to relocate my grandmother to the Ruabon office where she became Assistant to a Mr. R.S.L. Smith.

My gramdfather, being in a reserved occupation at the Admiralty, remained behind where he subsequently joined the Home Guard and was often to be employed on fire-watching duties on the Admiralty roof. 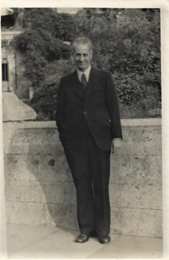 It came to pass that Llangollen became the new family home and was to be the start of a lifelong love affair with the pretty little town.  I learned from conversations with my grandmother “When we were at Braddan”, implied that one residence was the house in Princess Street. 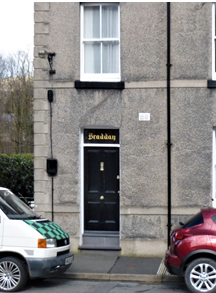 My father also told me that they also lived at No.2 Willow Street when they added Sally, an Old English Sheepdog, and a cat named George, to the family home.  Apparently, there was nothing George liked better than to climb on top of Sally sleeping by the fire, curl up and go to sleep!

Dad spoke very fondly of his time in Llangollen and how he continued his education at school in the town where learning Welsh was compulsory and how he became friends with a girl who would become Mrs. Mary Bithell and their friendship lasted through the years with the exchange of Christmas cards until Dad died in September 2012.

Keen on sports, my father was able to indulge his love of cricket and football during the war and often spoke of a teacher at his school who used to tend the ground of the Llangollen Cricket Club at the then ground by the canal and where the Pavilion now is.  The teacher concerned was a fine cricketer who had played to Minor Counties standard and Dad used to say that the wicket was excellent and it was where he played as a schoolboy. 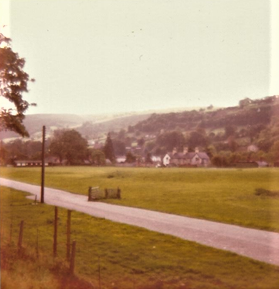 During the war, my grandmother (and grandfather on his occasional visits), became friends with Mrs. Margaret Thomas and her husband Richard who owned Dicks & Co., the shoe shop at 31 Castle Street where Chatwins now is.

Margaret Mason, as she was before her marriage to Richard in 1933, hailed from Lincoln and came to work in Llangollen as a receptionist at the Royal Hotel.  Her marriage to Richard was a happy one until his death in 1957 and her business acumen was of great assistance in running the business which had saddler Harold Roberts and then Dad’s friend Mary Bithell as lifelong employees.

Among some of the stories Dad told me was how he used to watch the German bombers flying over the Eglwyseg Rocks on their way to bomb Liverpool.  He would often witness this whilst on one of his favourite walks, making the steep climb up to Castell Dinas Bran.

During the summer months, Dad and his friends would play on the rocks and swim in the river and would skim stones across the water.  Dad actually sported a lifelong dent in his forehead caused by a skimming stone that was misdirected!

One of my grandmother’s favourite stories concerned the engine driver who had just left the station, halt his train in order to watch the fisherman on the bank land his salmon! According to her Monsanto Service Record, she and my father returned home at the beginning of 1943 whereupon she resumed working at Victoria Street again until her retirement in 1965. 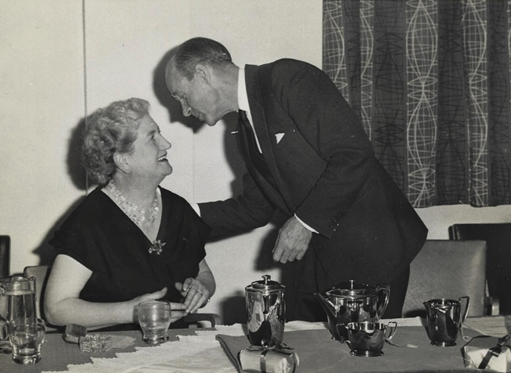 In writing this piece, I have tried to remember some of the things I was told over many years but, suffice to say, in September 1972, I was finally persuaded by my grandparents to holiday with them at Dicks & Co. with Mrs. Thomas.

Having heard so much about Llangollen, I found that, when I embarked on my first walkabout the morning after we’d arrived in the dark, I knew exactly where I was! I now regard Llangollen as my second home and always look forward to my regular visits.