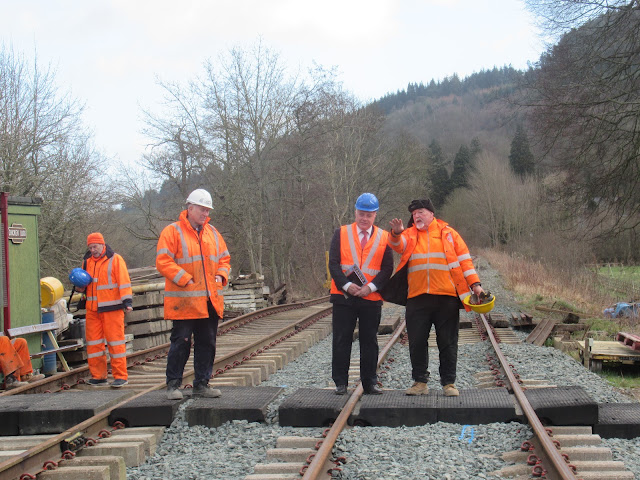 * Simon Baynes MP in blue helmet with Phil Rogers and Richard Dixon-Gough on the Corwen stretch of the railway in February this year.

Clwyd South MP Simon Baynes is backing fundraising efforts to secure the future of the Llangollen Steam Railway in response to serious loss of income brought on by Covid-19 measures.

Llangollen Railway Trust stands to lose up to £600,000 in the coming period, which could threaten its existence, according to general manager Liz McGuinness.

The trust has set up an appeal for donations to offset loss of trade caused by lack of visitors.

So far, £75,000 has been raised from donations including gift aid, but much more is needed.

The appeal page can be found on Llangollen Railway Trust’s website.

Simon Baynes said: “Everyone in the area knows how vitally important the Llangollen Steam Railway is to us as a community.

"It is of great importance, culturally and economically, with tourists coming from far and wide to see our beautiful steam trains in action.

“It would be a massive blow to lose our incredible Llangollen Railway, and I’m calling on the Welsh Government, which is in charge of transport in Wales, to do whatever they can to help.

“In the meantime, I’d encourage anyone who’s able to to support this incredibly worthwhile campaign. It’s vital we do what we can to keep our railway going through this difficult time."
Posted by llanblogger at 6:40 AM