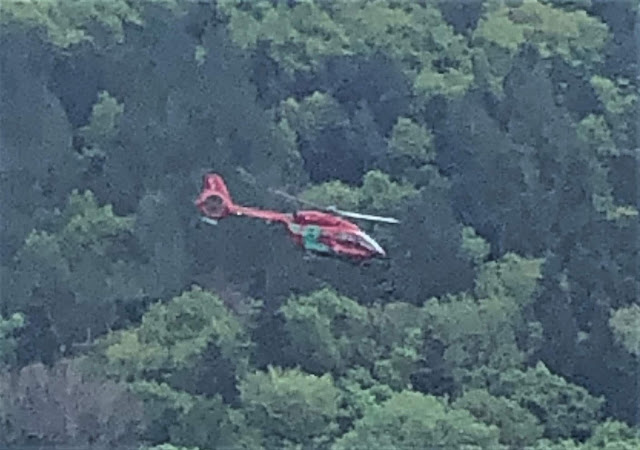 * The air ambulance takes off after attending the local incident. Picture by Stuart Davies.

The Wales Air Ambulance was called to Llangollen earlier this afternoon to attend an incident following which a casualty was taken to hospital
An air ambulance spokesperson said: "I can confirm that Wales Air Ambulance attended an incident in the Llangollen area this afternoon (04/05/20).
"Our medics arrived at 15:28 and, following triage and treatment at the scene, the patient was conveyed to hospital by a Welsh Ambulance Service land crew. Our involvement concluded at 16:00."
Posted by llanblogger at 4:45 PM