Drakeford fears traffic could increase as result of PM's announcement 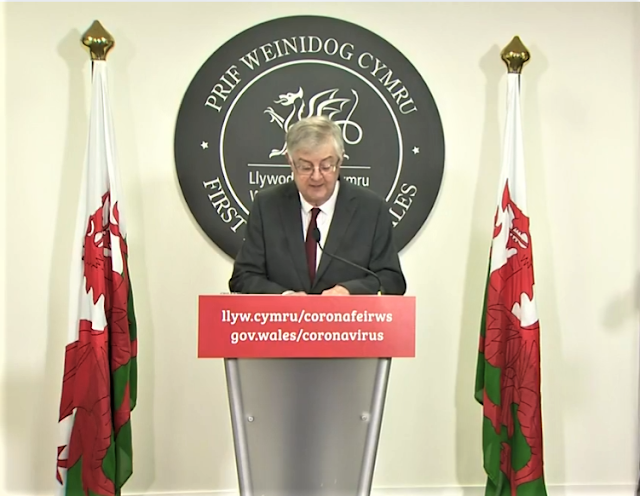 Welsh police bosses reported an increase in traffic activity over the weekend and the First Minister is concerned this trend could continue as a result of the Boris Johnson’s announcement that travel to exercise is to be allowed in England.

During his press conference earlier today Mark Drakeford said that in their latest weekly briefings to him all four of Wales’s Police and Crime Commissioners had reported a “distinct increase” in activity over the bank holiday weekend.

This, he said, came after English-based national papers were reporting last Thursday that an easing of lockdown regulations was just over the horizon.

Mr Drakeford said the police chiefs had also reported an increase in traffic across areas of the Welsh road network.

He added: “They and we have concerns that traffic flow could continue to increase as a result of the Prime Minister’s announcement that travel to exercise will be allowed in England.

“We will use whatever means to convey this message, including signs on the major roads and motorways and in articles we hope to place in local newspapers across our border.
“The Welsh Government will continue to make decisions that are right for Wales using expert advice on how coronavirus is circulating here to keep us all safe.”

Posted by llanblogger at 2:18 PM