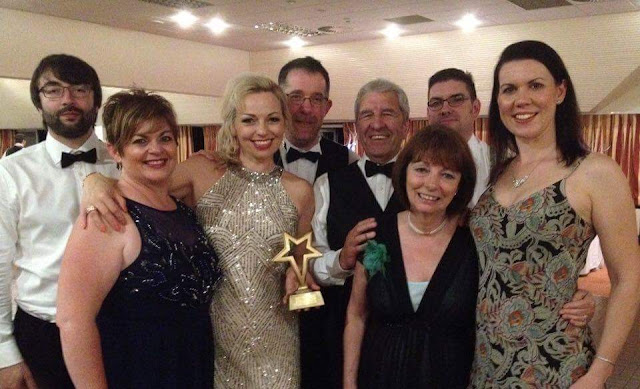 Llangollen Operatic has scored another success in the amateur stage "Oscars".

Following their success last year with two wins for the 2015 production of Sister Act, a group of eight society representatives headed off to Hereford on Sunday afternoon for the Wales and Ireland Regional Annual NODA Awards ceremony.

They had been nominated in three categories of the awards for their 2016 production of The Producers - Best Production, Best Technical/Stage Management and Best Performer, Louisa Jones for her role as Swedish blonde secretary Ulla.

The ceremony is a popular event for am dram societies and was attended by around 150 people.

Tracey Rawlinson, producer, was thrilled to step up and receive the award for district winner of Best Show.

Unfortunately, the director Nia Pickering was unable to attend having recently given birth to a baby girl just three weeks earlier.

Tracey said: "We are absolutely over the moon and so very proud to be receiving another award this year for what was a truly memorable show. This is very much for all involved both on and off stage and was another fantastic team effort "
Posted by llanblogger at 6:07 PM