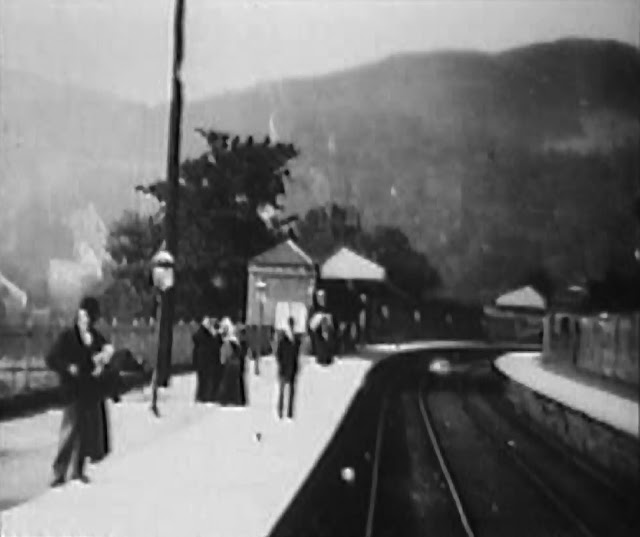 * A scene from the black and white film shot on Llangollen Station in 1896.

In addition to the main feature, which is Buster Keaton's masterful The General, two well-chosen short films will be on the programme.

The whole evening has been designed to complement Llangollen Railway's Victorian Weekend which is this Saturday and Sunday.

The first short is one of the very first 'moving pictures'. Incredibly it was shot in 1896 and shows Victorian men and women waiting on the platform at Llangollen station in top hats and full-length skirts.
The camera was strapped to the front of a steam train as it follows the line from the direction of Ruabon and long-gone buil 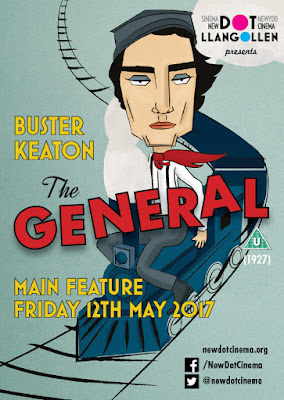 dings can be made out along the way.

The second vintage short is The Elizabethan Express, a British Transport Film from the 1950s with a rhyming narration.

It features a non-stop service from London to Edinburgh and focuses on the human side, as well as the gleaming brass and oiled steel.

Interestingly, the retro buffet car featured in the film can now be found on Llangollen Railway itself.

Buster Keaton is a well-known star of 1920s silent films. In the main feature, the General is the name of his character's much-loved train during the American Civil War.

This entrancing action-comedy-thriller will quickly make you forget there's no audible dialogue.
Tickets are available at the door or online.

New Dot Cinema has just released its new programme which has a nicely balanced mix of films from challenging to feel-good.

They screen once a month upstairs at Llangollen Town Hall on Castle Street and more information can be found at www.newdotcinema.org or on their Facebook page: @NewDotCinema

Posted by llanblogger at 4:17 PM