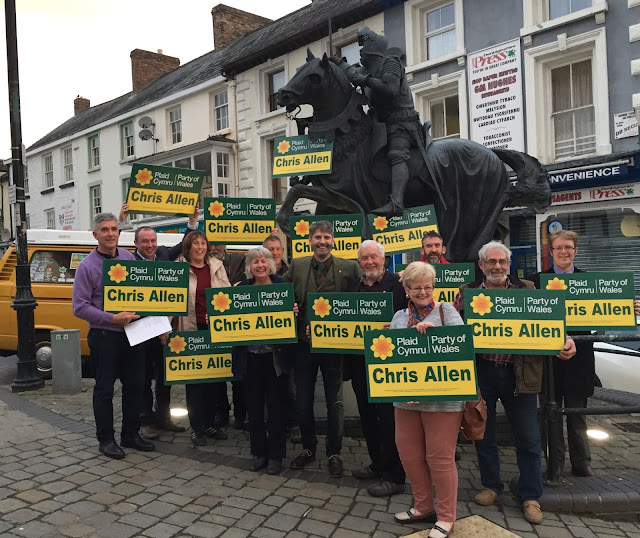 Plaid Cymru in Clwyd South has launched its General Election campaign with the party’s candidate, Chris Allen, promising to fight to ensure that Wales gets the best deal from the Brexit negotiations to secure funds to invest in job creation and infrastructure in the area.

He said: “This area needs a strong MP to stand up for our needs and interests, not an MP who will be dictated to by political bosses in London.

"Now, more than ever, we need a local representative in Westminster who will fight to get funding to create well-paid jobs here, rather than an MP who votes against our interests and for more and more spending on infrastructure for London and the south-east of England.

“Brexit is happening and our voice in Wales must be heard in those negotiations. It will affect our manufacturing industries, tourism and agriculture – all vital parts of the Clwyd South economy."

"Women and people with disabilities are the hardest hit, and Wales is the poorest nation within the UK. So it’s clear that on June 8 we need to elect a strong group of Plaid Cymru MP’s in order to fight for Wales and ensure that the people of Wales get a fair deal."

Chris Allen is a father of two and lives in Trevor. He’s an engineer by trade and his wife is a teacher at Ysgol Dinas Bran.