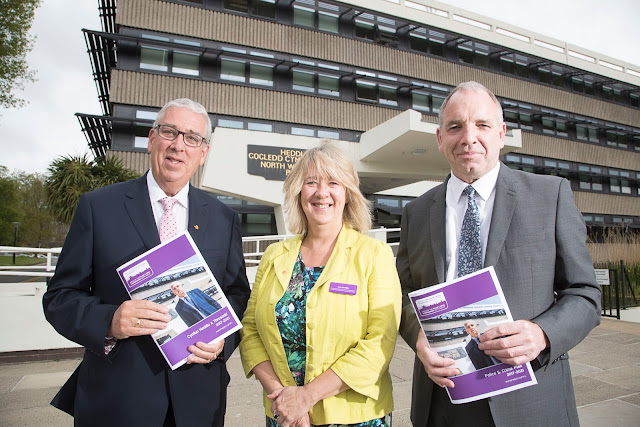 A police boss has vowed to bring more sex offenders to justice.

The pledge from North Wales Police and Crime Commissioner Arfon Jones is contained in his new blueprint for policing the region.

Tackling sex abuse in its various forms is one of five priorities in the Police and Crime Plan published by the commissioner.

According to Mr Jones, he consulted widely and listened to the Chief Constable Mark Polin in drawing up the new Police and Crime plan, which sets the direction of policing in North Wales for the next five years.

He said: "My vision for policing North Wales is based on reducing threat, risk and harm by identifying the most vulnerable people in society and ensuring they are the priority for the Police and Crime Plan.

"Three of the five priorities are based around vulnerability and I am delivering on the promises I made in my manifesto before I was elected.

"The plan also reflects the changing face of policing with the emerging and often hidden crimes like modern slavery and human trafficking and child sexual exploitation, with the threat posed by online paedophiles.

"The number of rape and other serious sexual assaults reported to the police are high.

“However, they remain under reported and more needs to be done to encourage victims to come forward, regardless of when the crime was committed. Non recent crimes will be treated with the same professionalism and respect as current offences.

"In relation to child sexual exploitation, a multi-agency regional plan was developed some time ago.

"The Onyx team established by North Wales Police to tackle these abhorrent offences will continue to further develop their work.

"I will work with our partners to ensure all that can be done to safeguard these children is given the priority it deserves.

"Making the reporting of sexual abuse as straightforward as possible is a priority and an experienced Independent Sexual Violence Advisor will be offered as a supporter and advocate to each high risk survivor.

"In addition we will increase the number of programmes for perpetrators to reduce repeat offending and repeat victimisation.

"Another priority is the continued development of the Paedophile and Online Investigation Team (POLIT) in identifying perpetrators of child sexual exploitation, including those accessing indecent images of children through the internet and effective multi-agency working to protect children identified as being at risk.

"I’m very happy to support the force in providing as much resources as needed to ensure that children, wherever they may be in the world, are safe.

"The aim is to secure an increase in reporting of sexual and domestic abuse by giving victims the confidence to come forward.

"We will provide an overall better service for victims affected by domestic
and sexual abuse and I want more perpetrators brought to justice so they can answer for their appalling crimes."

Chief Constable Mark Polin said: "This is going to be an effective strategy for policing North Wales and we are already geared up to delivering the objectives. The plan is fit for purpose, the priorities are right and we are already responding to them.

"The emerging crimes like child sexual exploitation and modern slavery affect the police service across England and Wales, and we are concerned to identify the new risks and threats to our communities. We are responding to them appropriately and robustly in conjunction with our partners.

"It's also important to recognise that North Wales is one of the safest places to live and work and that public confidence and satisfaction in what we do has been increasing for some time.

* To read the North Wales Police and Crime Plan in full go to: www.nwpcc.cymru.
Posted by llanblogger at 6:39 AM