Details of the UKIP candidate for Clwyd South in the general election have now been supplied.

She says she has always had an interest in politics, history and current affairs and in earlier years supported her late husband in local elections in Liverpool. 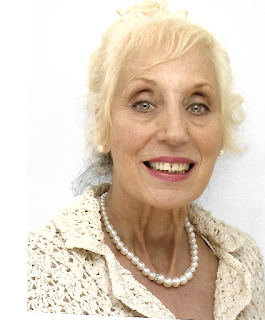 She has stood as a candidate for UKIP in a council by-election in Llay in July 2015 and was a Welsh Assembly candidate for Wrexham in May 2016.

She has served as secretary/treasurer for UKIP's Wrexham and Clwyd South Branch and is now treasurer of the same branch.

She believes there is a `north/south divide' in Wales and says: "So much is given in funding to South Wales and North Wales, by comparison, is the poor relative.

Ms Bassford-Barton added: "Communities, health, social care and education are of prime importance and there needs to be more cohesion in these areas.

"Youth  and the elderly are also of major concern to me and there is very little to offer young people by way of youth clubs and after-school activities in the villages and small towns of Clwyd South and I feel that more funding and training of volunteers should be found to ease and help this situation.

"Our elderly should be looked after and respected, they have worked hard and contributed to the economy in their working lives and now deserve to have some relief in their twilight and sometimes sick, disabled and pain ridden years and this is where our health service can help."

She says she also believes in the UKIP policy that farming subsidies should stay in place after Brexit, with special consideration being given to hill farmers.
Posted by llanblogger at 9:24 AM