The Welsh Lib Dems have selected their candidate for Clwyd South.

Bruce Roberts (pictured) was born and brought up in Wrexham and has lived and worked in the area almost all his life.

He is married to Anna who is a local primary school teacher. His three children were all educated at Ysgol Clywedog and Yale College/Coleg Cambria. 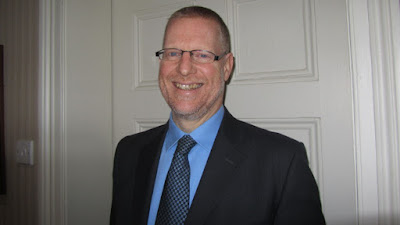 After completing degrees in Physics and Philosophy and then a short spell in scientific research he trained as a chartered accountant. He started his own business in 1997 and has provided accountancy services to small local businesses since then.

Mr Roberts was chair of governors at Victoria Infant School for a number of years and has served on two different community councils. He has been involved in the governance of Glyndwr University for almost 10 years and is currently chair of its audit committee.

He has also volunteered as a charity trustee and also as a business mentor for The Prince’s Trust and Careers Wales.

Mr Roberts has previously stood in a number of elections.

He says he believes that politics is about getting things done in sensible and rational manner and not necessarily about making a noise for the sake of newspaper headlines and retweets on Twitter.

His particular political interests are in education and the economy, including tax policy.

In his spare time he can be found swimming or canoeing long distances in lakes and rivers or walking in the hills.
Posted by llanblogger at 11:27 AM