Because in September the 63-year-old retired teacher, who has also just become a town councillor, plans to take part in the Year of Legends Fire Walk at Chirk Marina in aid of the high-flying charity.

Over the past few years Chem has raised hundreds of pounds for the air ambulance as a way of saying thank you for the way the Midlands helicopter zoomed in to airlift him to hospital back in 2010 after he was run over twice by a delivery van in the car park of the school in Walsall where he was headmaster at the time.


In his latest fundraising venture, along with other charity dare-devils, he’ll walk over red-hot coals in a bid to raise at least £500 for the air ambulance on the evening of Saturday September 23 outside the Boathouse pub restaurant.
Chem said: “I’m perhaps a little nervous but very excited about the walk. It should be good fun.


“It’s not often you get the chance to try something new and it’s a once-in-a-lifetime opportunity not to be missed.
“I didn’t realise until I needed one that air ambulances get no government funding, so I’ve set a fundraising target of £500.”


To help spur him on, local artist Chris Burton has penned the cartoon strip (below) imagining the crazy scenes as Chem takes his hot-footed challenge.
* You can sponsor him at https://www.justgiving.com/fundraising/chemshouts 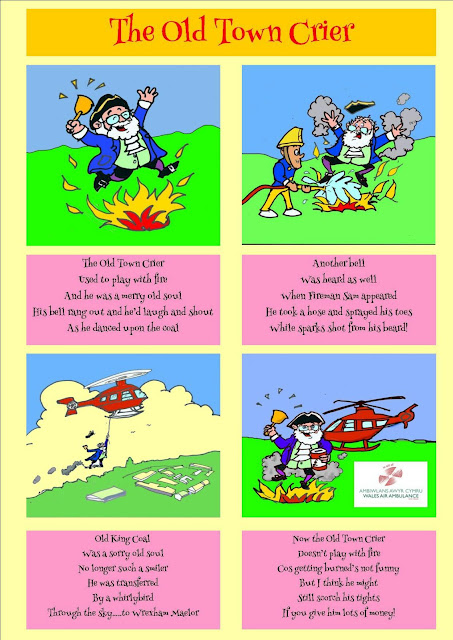