Llangollen will be without adequate health provision for years to come.

That is the warning from North Wales Assembly Member Llyr Gruffydd (pictured below) following the decision last Friday by Betsi Cadwaladr University Health Board to axe the town's Cottage Hospital. 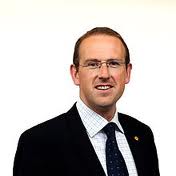 "It will reduce the number of hospital beds in North Wales by more than 10% - that will also mean more bedblocknig in the general hospitals.


“The very real problem of getting to these hospitals, whether you’re a patient or relative, has also been ignored. This is no trivial matter in an area where running a car is a very expensive matter and where public transport is patchy at best.
"There is no funding in place for a replacement health centre and I fear Llangollen will be without adequate health provision for years to come."
He added: “The decision to move neonatal intensive care services across the border now means there is no Level 3 Special Care Baby Unit north of Carmarthen. I fear this decision is putting lives at risk and it is inexplicable that it should be made in the face of clinical advice and opposition from respected professional bodies such as the RCN and BMA.
“The very real experiences of parents with babies that have gone through intensive care at our existing excellent SCBUs has also been ignored. I do not believe we were given the full facts regarding Arrowe Park and therefore the entire consultation process and final decision was skewed.
“The same criticism applies to the closure, downgrading and centralisation of community hospitals. GPs and patients alike are rightly sceptical of the promised replacements – where is the money coming from to build new health centres and ensure enhanced home care?
“My party, Plaid Cymru, wants to see an improved health service in the North but this decision will lead to a poorer health service for many communities and takes no regard of the very real transport problems many households have.
“This decision has been made without key questions being answered about finance and the impact on NHS staff. That’s why I call on the Community Health Council to now stand up for the people of North Wales – they must make a formal objection so that the Health Minister can intervene.
"If Lesley Griffiths wants to impose this model on North Wales, she shouldn’t be allowed to hide behind health boards who are not ultimately answerable to the people.”

Mabon ap Gwynfor, spokesman for Keep Llangollen Health Services, said: “The conclusion of this rubber stamping exercise comes as no surprise to us. It’s just another step in our on-going fight to save our health services in Llangollen.

"The First Minister, Carwyn Jones, said last week that he will defend the need for safe and sustainable services. These changes are neither safe nor sustainable as they will take basic healthcare such as Minor Injury care further from the patients; block beds at Wrexham Maelor; and force elderly patients to pay for private beds in nursing homes which do not meet the same clinical standards as NHS hospitals. On top of that they are uncosted and are likely to put added pressure on an already stretched Council social services.
“The fight continues. The final decision is likely to rest with the Health Minister, but we need our Community Health Council to support those that they represent and insist that the Minister calls these plans in. The CHC continue to be concerned about the proposals and are asking the same questions as we’ve been asking, which the Health Board have been unable to answer. Ultimately we could have a Judicial Review, which would lay bare the flaws of this whole process.”
Posted by llanblogger at 8:06 AM