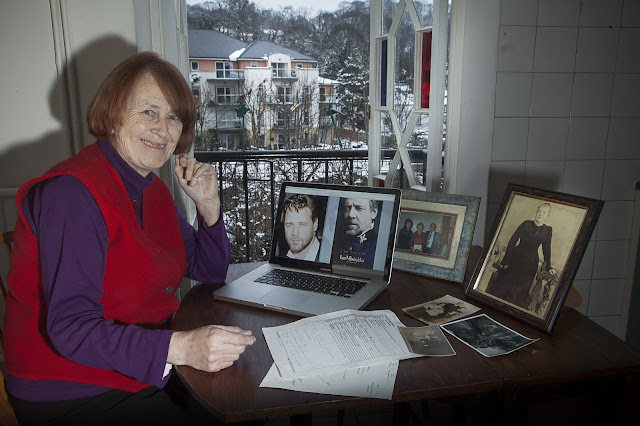 * Valerie Hall at her home in Llangollen. 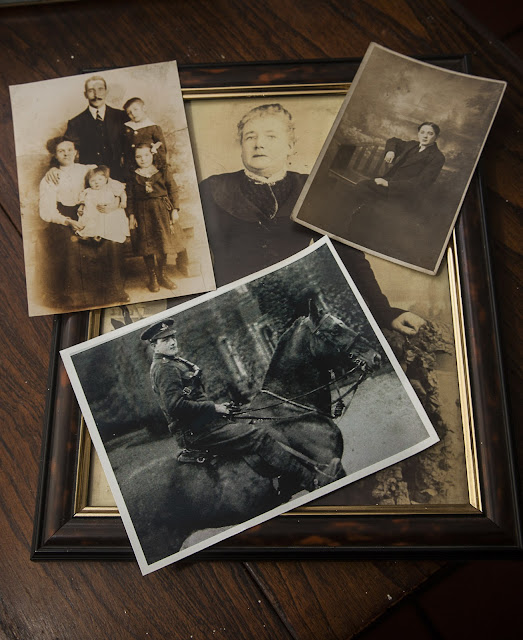 * Relatives of Valerie Hall who all have connections
to Russell Crowe including her great-grandmother
(centre) Sarah Jane Crowe.


A trip to the cinema to see her long lost relative Russell Crowe in the blockbuster film Les Miserables will be just the tonic for a Llangollen woman fighting leukaemia.
Valerie Hall, 66, came forward after an appeal to find relatives of the Oscar-winning Australian superstar by the manager of the Odeon cinema at Eagles Meadow in Wrexham.
The first five family members who can show a connection will each get a pair of tickets to see the screen adaptation of Les Misérables, the hit 1980s musical based on Victor Hugo’s classic 19th-century novel.
The enthralling story of love, passion and redemption - nominated for a host of Oscars including Best Picture - is showing to packed audiences at the Odeon and is already promising to be the biggest film this year.
Gladiator star Crowe can trace his family roots to Wrexham where grandfather, John Crowe, ran the grocers, Crofruit, before emigrating to New Zealand in the mid-1920s.
Valerie had hoped to meet Crowe in 2009 when had been due to return to his family roots in Wrexham for the BBC Wales programme, Coming Home, but unfortunately the project fell through.
She said: “I believe that Russell Crowe’s grandfather, John Edward Crowe, and my grandmother, Sarah Jane Crowe, were sister and brother.
“The family were big in the Wrexham area and spread out from there. There really is a great many Crowes in the area and beyond. But one thing that stands out and how you always know it’s a Crowe your talking to is the eyes.
“Those icy-blue eyes are a real family trait I’m afraid, all the Crowe’s have them, they are not just peculiar to Russell.”
She added: “I'd love to have the chance to meet him out of curiosity more than anything.”
And while Russell Crowe’s grandfather left Wrexham to start a new life in first New Zealand before finally settling in Australia, Valerie’s ancestors stayed closer to home moving to Liverpool where she spent much of her life.
She said: “My maiden name was Dovaston, a name I can trace back to the times of William the Conqueror. It actually means ‘dark stump’!
“I moved to Llangollen 26 years ago and initially ran a guest house although I have worked at a care home, in a wine shop and as a charity worker too.
“I haven’t been in the best of health in the last few years and am currently taking a trial drug from America as I was diagnosed with a form of leukaemia known as Philadelphia chromosome.
“A trip to the Odeon at Eagles Meadow with my husband to see Les Misérables would be a real pick-me-up especially as there is that family connection, however distant it is.
“I do think Russell Crowe is a wonderful actor and it’s amazing to think we share a common ancestry. I hope if he ever comes back to North Wales he drops in for a chat. I think I’d like to meet him now.”
Odeon Manager Andy Elvis was delighted to invite Valerie Hall to the cinema to see Les Misérables.
He said: “We have had a phenomenal response to our appeal for relatives of Russell Crowe to come forward.
“Les Misérables is proving a big hit with Wrexham cinema goers and it’s certainly a wonderful film and deserves every one of its Oscar nominations. I think audiences are amazed at the sheer scale of the film.
“It’s a truly first class cinema experience and I’d encourage anyone who hasn’t seen it to book a seat and come along for a wonderful night’s entertainment.”
Posted by llanblogger at 8:55 AM