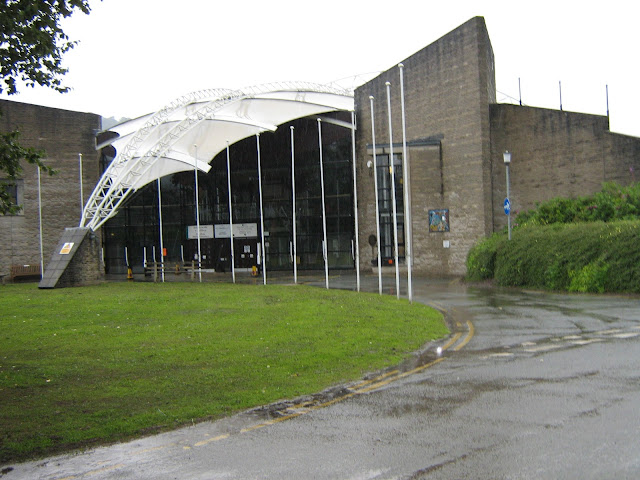 
A Llangollen resident says Denbighshire County Council should consider changing the way it manages the town’s Pavilion arena and concert hall.
Alan Found has contacted llanblogger to say: “In April last year I made a Freedom of Information request in relation to the financial situation of The Pavilion. I thought it was about time I made these shocking numbers more widely known.
“The numbers are for the 11 months of the year when the facility is run by Denbighshire County Council. This does not include the one month a year when it is run extremely successfully by the Eisteddfod.
“In essence, from April 2011 to 2012 they projected a loss (or subsidy) of  £183,611 and for 2012 to 2013 a loss (or subsidy) of £159,611.
“Surely this facility should be a major contributor to the economy not a burden. We have the Town Hall for community usage – that is where subsidies should go.
“Every weekend of the year should see the Pavilion full and buzzing, providing jobs and making a major contribution to the Llangollen economy through hotel room, restaurant and shopping sales.
“The food festival is a fine example of what is possible - it made thousands of pounds for the town.
“How long will this scandal of such an expensive but underused asset be allowed to continue?
“It must be time for a fundamental change in how it is managed.”
Mr Found added: "This asset could undoubtedly be a major contributor to the local economy, and if the way DCC are managing the Pavilion isn't delivering this, they need to change their approach - no excuses."
Mr Found says the figures he obtained are: