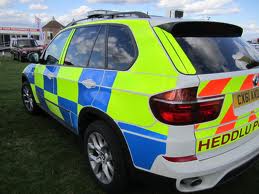 Investigations are under way after two unoccupied properties in Llangollen were broken into.
Two others, one in Llansannan and another in Ruthin, were also targeted by offenders.
North Wales Police say nothing is believed to have been stolen from the first property in Llangollen which was broken into on January 22.
An untidy search was made after the offender or offenders gained entry by forcing a window.
On Thursday, January 24, a second property in Llangollen was broken into.
An untidy search was again made, however at this time it is unclear if anything was taken.
Police believe that the incidents in Llangollen are linked.
Jewellery was amongst items taken from a property in Llansannan which was targeted sometime between 2.19pm and 2.24pm on Monday, January 21, after a door at the rear of the property was forced.
On the same day, between 3.30pm and 3.50pm, a property was broken into in the Ruthin area.
Offenders gained entry to a garage and house and stole items from inside.
A person, possibly male, was seen near the property in Llansannan around the time of the offence and was described as being tall, wearing a dark coloured coat/ jacket and a brightly coloured red woollen hat.
Similarly, a male described as wearing a red coloured bobble hat was seen travelling in the vicinity of the property in the Ruthin area a short time after the offence had occurred.
The male was with another on a motorbike. Both were described as being aged between 20 and 30 with one possibly wearing a blue lumber style jacket.
Police are keen to trace the men and are appealing to anyone who may have seen them to get in touch.
“In all cases the offenders have targeted properties which were unoccupied at the time, and once inside made an untidy search,” said Inspector Siobhan Edwards.
“We believe the same individual/s are responsible for the incidents in Llangollen and different offender/s are responsible for the offences in the Ruthin area and we remain extremely keen to speak to anyone with information.”
Insp Edwards added: “I’d like to reassure residents that inquiries are well underway. House to house investigations have been undertaken and our work is continuing. As well as making this appeal, I also want to urge people to remain vigilant and report anything they may deem suspicious to us immediately.”
Anyone who may have witnessed anything suspicious or who may have information regarding the burglaries should contact North Wales Police on 101 or Crimestoppers anonymously on 0800 555 111Householders urged to remain vigilant.
Posted by llanblogger at 2:23 PM