Mike Edwards, chairman of Keep Llangollen Special (KLS), has written to Wales’ Environment Minister John Griffiths asking him to call in the application to build a Sainsbury’s supermarket on land currently occupied by the Dobson & Crowther printworks on the A5. 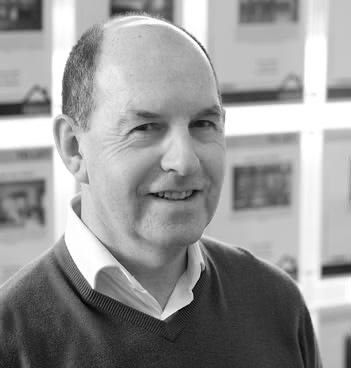 Mr Edwards (pictured left) says he is unhappy with the way this has been handled by Denbighshire County Council, whose planning committee will today (Wednesday) consider a fresh application by the developers to delete or remove five conditions attached to the original application which it approved in September.


Most controversially, this includes the removal of the restriction on an in-store café being included.
Mr Edwards’ letter says:

I am writing to you on behalf of a Local Community Group, Keep Llangollen Special of which I am Chair.

We previously requested you to look at "Calling in" these applications because of the significant impact the developments will have on Llangollen Town Centre. You declined to act initially, but we wish to draw to your attention what has transpired subsequently which considerably changes the circumstances and we would ask you to look at it again, please?

I am enclosing an email received from the Case Officer at Denbighshire CC, the LPA which includes various enclosures for your officials to examine carefully.

Firstly I would like to point out that the Committee were advised by the Case Officer that "the emerging LDP carried no weigh at all" which totally mislead the Committee in making its decision.


The Minutes also record that the Councillors asked for restrictions on the presence of butcher, delicatessen and cafe, in store because of the detrimental impact on business in the Town Centre. However you will see from the resultant Certificate issued that the condition in relation to butcher and delicatessen was drafted by the Chief Planning Officer in such a way is not to prevent the end-user of the supermarket from having butchery and delicatessens counters within their store to the huge detriment of those businesses already operating in the town centre.

The matter has further deteriorated in that there is now an application before the LPA Ref 03/2012/1407 to have the restriction amongst other matters in relation a Cafe removed from the permission and the Planning Officer has a report before Committee on this Wednesday the 19th September, 2012 recommending this is approved!

This means that in addition to Denbighshire CC as LPA ignoring Planning Policy Wales in relation to Protection of Town Centres and Sustainability issues they are now prepared to give the developer an effectively unfettered planning consent which will ruin Llangollen's currently vibrant and viable town centre with its numerous independent businesses.


The LPA have failed to request a major impact study of the effect of this development on Llangollen which as you will know is within an AONB and the Pontcysyllte and Llangollen Canals World Heritage Site and River Dee SSSI. It did receive an updated retail impact assessment, but this was flawed in that it failed to take account of the opening of Stan's Superstore in February 2012 and also a large Tesco in Cefn Mawr only four miles from
Llangollen.

Sainsbury's intend according to their own projections to extract £18.4m per annum out of the Llangollen which will cause major detriment to the local economy and although some new jobs will be created these will be principally part-time jobs, and other jobs will clearly be lost from businesses in the town centres which is not the gain suggested.


Research by the CPRE indicates that money spent in a local economy recirculates and is worth three times the amount if it is exported out of the local economy to a Corporate Headquarters.


We have concerns that a new supermarket out of the town centre fronting the A5 trunk road which is a major tourist route to North Wales will cause increased traffic congestion which is already significant in the holiday season causing grid lock through Llangollen.

Residents can currently walk to Llangollen town centre and shop at the Co-op, Spar or Stan's for their groceries, but this development will force residents to use their cars to drive to the out-of-town location proposed for Sainsbury's. It will significantly increase vehicle journeys on an already congested trunk route through our town.

We would therefore urge you to urgently call in these applications and have your own Planning experts examine the issues comprehensively which we feel has not been accomplished by the LPA who have failed to grasp the significance of this development on Llangollen which is a major inland tourist destination.


We currently have a "Vibrant and Viable" town centre with minimal vacant retail premises unlike many towns and cities up and down Wales and the UK. This development if approved will destroy that situation and is not aligned with Planning Policy Wales and the work currently being undertaken by Welsh Government under the "Vibrant and Viable Places" initiative upon which your colleague Huw Lewis AM is consulting widely.”
Posted by llanblogger at 8:10 AM