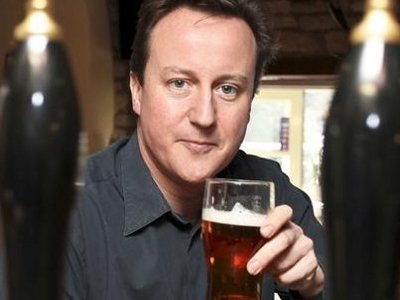 llanblogger has received an e-mail from the Prime Minister.


And, apparently, he wants to make us £2 million richer.
The only stipulations are that I get in touch with Foreign Secretary William Hague to arrange for payment to be made, I can’t have the windfall all at once and I shouldn’t tell anyone else about it – or I’ll get nothing.
Hard to believe?
Well, of course it is because it’s a load of rubbish.
The e-mail in question dropped into our inbox early on Friday morning, and it says:
“Our ref: ATM/13470/IDR
Your ref:...Date: 13/12/2012

I am The Rt Hon David Cameron MP,Prime Minister, First Lord of the Treasury
and Minister for the Civil Service British Government. This letter is to
officially inform you that (ATM Card Number 5454 7168 0041 0640) has been
accredited with your favor. Your Personal Identification Number is 1090.The
VISA Card Value is 2,000,000.00(Two Million, Great British Pounds Sterling).

This office will send to you an Visa Card/ATM CARD that you will use to
withdraw your funds in any ATM MACHINE CENTER or Visa card outlet in the
world with a maximum of ?5000 GBP daily.Further more,You will be required to
re-confirm the following information to enable;The Rt Hon William Hague MP
First Secretary of State for British Foreign & Commonwealth Affairs.. begin
in processing of your ATM Card.

TAKE NOTICE: That you are warned to stop further communications with any
other person(s) or office(s) different from the staff of the State for Foreign
and Commonwealth Affairs to avoid hitches in receiving your payment.”
Even if you’re tempted to believe there might be a grain of truth in all this, there are a few glaring errors such as the “Prime Minister’s” reputed e-mail address of (araraquara@stb.com.br), which hardly seems like one Mr Cameron is likely to have, the spelling and grammatical errors and the fact that governments usually take money away from you rather than handing out.
The expert advice to anyone who receives such communications is always that if something seems too good to be true it invariably is.
This e-mail is so preposterous it’s laughable, so let’s hope no-one actually falls for it by giving the sender any personal information.
Posted by llanblogger at 9:26 AM