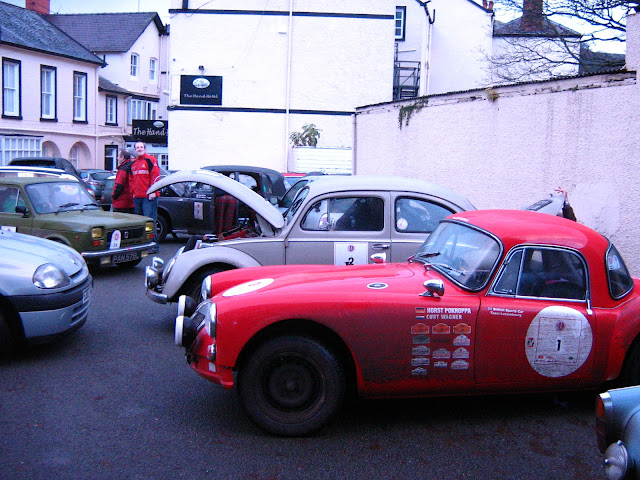 * The Hand car park is a hive of mechanical activity as entrants prepare for the next gruelling leg. 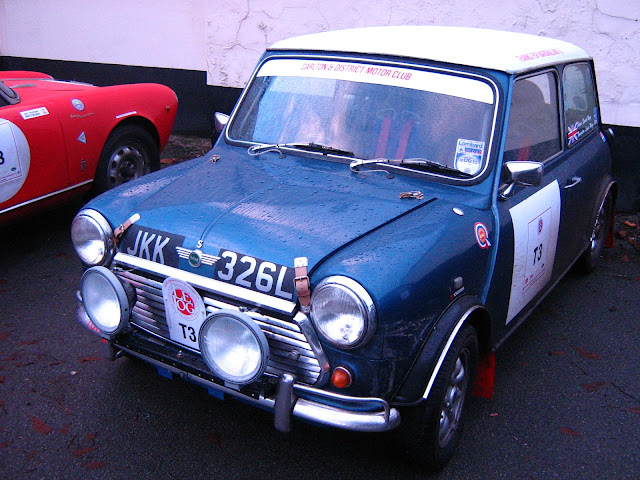 * A gleaming Mini Cooper is ready for the off. 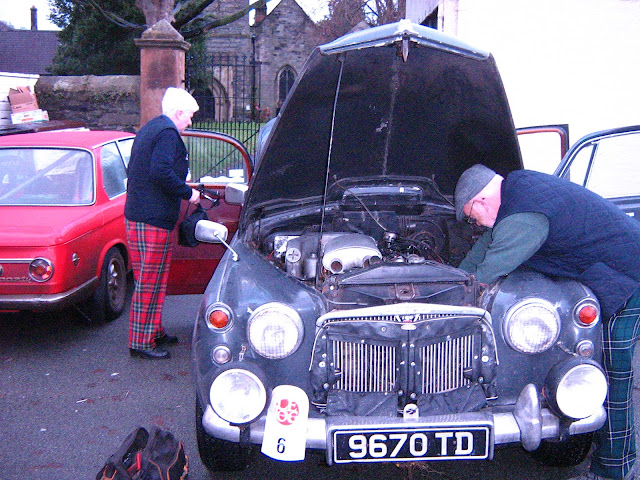 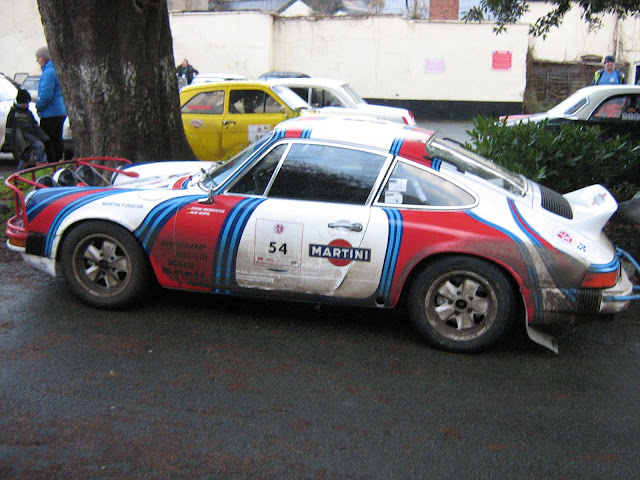 * A rally-seasoned Porsche from Belgium. 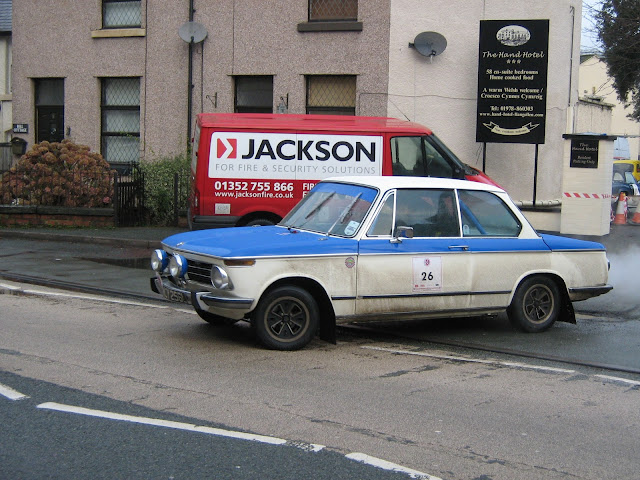 * A BMW roars off from the Hand car park. 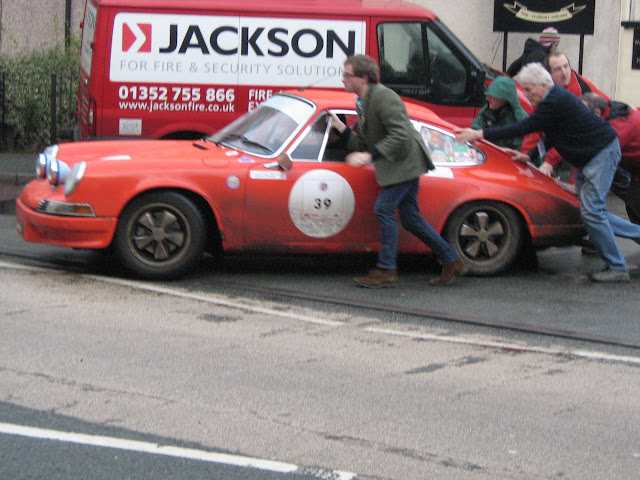 * A Porsche needs a little coaxing as it heads away from Llangollen.
A host of magnificent metal filled the car park of the Hand Hotel when entrants in a prestige classic car endurance rally spent the night in Llangollen.


Le Jog 2012, the 18th Land's End to John O'Groats Reliability & Touring Trial, which takes place over four days, has been described as the toughest event of its kind in Europe due to the severe weather drivers taking part often encounter along the route.

One team taking part, Robert and Susan McClean from Barrow-in-Furness, said they had encountered snow on the way to Llangollen from South Wales on Saturday evening.

However, they said they had managed to avoid the worst of it in their rally-seasoned 1962 Rover 100.
Organised by HERO – Historic Endurance Rallying Organisation – Le Jog is open to cars built before 1984 and attracts entries from across Europe.

In the Hand car park was a cavalcade of vehicles from various parts of Europe, including Germany, Belgium and Holland.


After setting off from Land’s End early on Saturday morning, the rally took a direct line to the Severn Bridge before heading to South Wales and weaving its way north to Llangollen.
After breakfast drivers travelled on through Cheshire and Lancashire, Northumbria and into Scotland.
Posted by llanblogger at 7:53 AM