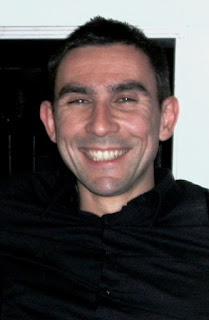 The family of a young Llangollen man on a business trip to Japan found themselves anxiously waiting for news of his safety in the wake of the earthquake and tsunami which hit the country late last week.


Richard Jones, 31, (pictured right) who works as a supply chain manager for Crewe-based Rolls-Royce, is out in the Far East visiting the company’s plants in Japan and China and is due to fly home later this week.
Last Friday morning, a 7.3-magnitude quake struck off Japan's eastern coast, triggering a small tsunami and sparking evacuations.
A one-metre wave hit Ishinomaki in Miyagi Prefecture and many people heeded calls to move to higher ground before all alerts were later lifted.
The quake epicentre was about 245km (150 miles) south-east of Kamiashi at a depth of about 36km, the US Geological Survey (USGS) said.
Miyagi was hit by a devastating earthquake and tsunami in March 2011 and the latest quake saw buildings shaking in Tokyo, the country’s capital, about 230 miles away.
At the time it hit, Richard, who lives with his girlfriend Samantha Wood in Llangollen, was travelling back to Tokyo after a business meeting in Kobe in the south of the country aboard the high-speed bullet train.
But his family back in Wales had no idea of his whereabouts at the time and were desperately worried for his safety.
His sister, 33-year-old Louisa Jones, of Chirk, said: “Richard eventually texted back home and told he was safe but until he got in touch we were very worried about him.
“You only had to think back to last year when Japan was hit by the earthquake which did so much damage to the same part of the country.

“Richard said that as he was on the train at the time he felt nothing of the quake and didn’t know anything about it until he got back to Tokyo because mobile phones aren’t allowed on the train.
“When he texted and phoned us again later on Friday he told us he had heard about the evacuations.”
Louisa (pictured left) who  recently completed her own charity bike ride through India as reported by llanblogger, added: “The main thing is that he is safe but we’ll still be a bit concerned him until he gets back home.
“After Japan he is due to fly to Shanghai in China for more business meeting and won’t be back in the UK until Thursday but we’ll be glad to see him.”
After graduating in mechanical engineering from Sheffield University, Richard – known to his friends at “Vaughany” - first worked in management at Airbus in Flintshire and has been with Rolls-Royce for the past 14 months.
Posted by llanblogger at 8:06 AM