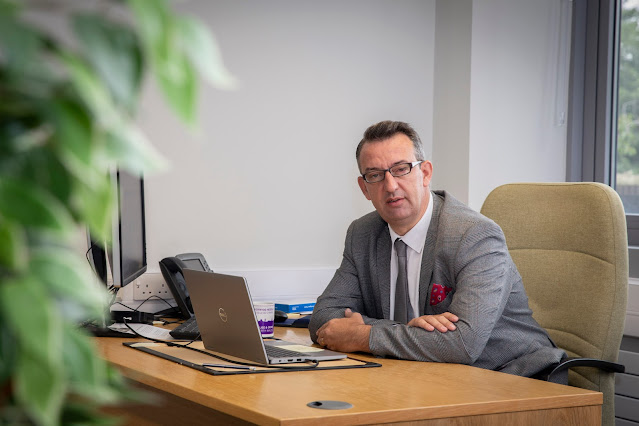 A police boss has made an impassioned plea for a law to prevent miscarriages of justice like those suffered after the Hillsborough disaster.

North Wales Police and Crime Commissioner Andy Dunbobbin (pictured) spoke out after the recent screening of the powerful TV drama, Anne, based on the tragedy and its aftermath.

The campaign for a Hillsborough Law has widespread support from the families of the victims, politicians and celebrities.

Mr Dunbobbin says that public authorities like the police should be legally obliged to be proactively honest if anything goes wrong.

At the same time, ordinary people should be provided with a legal body, funded by the taxpayer, to fight their cause in court.

The crusade stems from the tragedy that happened at the FA Cup semi-final between Liverpool and Nottingham Forest in Sheffield on April 15, 1989, when 97 men, women and children died as a result of the crush at the ground.

Mrs Williams dedicated her life to uncovering what happened to the teenager but died in 2013, before the start of the new inquests.

The hearings, which concluded in 2016, found the victims were unlawfully killed.

But match commander David Duckenfield was cleared of gross negligence manslaughter in 2019.

Meanwhile, the trial of two retired police officers and a former South Yorkshire Police solicitor, who were accused of perverting the course of justice, collapsed last year after a judge ruled there was no case to answer.

Mr Dunbobbin said: “The TV drama, Anne, was incredibly moving and powerful and served to underline the iniquitous injustice the grieving families have been subjected to for too many years.

“It was also helpful in bringing back to the fore the campaign to secure a new Hillsborough Law so that these injustices are not repeated in the future.

“As things stand, the scales of justice are heavily weighted against ordinary people like the late Anne Williams and the other campaigners who have fought so determinedly for so long.

“It is a national disgrace that they were on the wrong end of lies from senior police officers and an alleged cover up.

“I have written to the Home Secretary, Priti Patel, urging her to set the wheels in motion for a Public Authority Accountability Bill that’s being proposed by long time campaigner Andy Burnham, the Mayor of Greater Manchester.

“Such a  law would mean that no more grieving families would have to suffer the same cruel fate again.

“Securing this long-overdue legislation would be a good way of honouring the memory of all those innocent victims and would go some way towards righting the terrible wrongs we have seen in subsequent decades.”