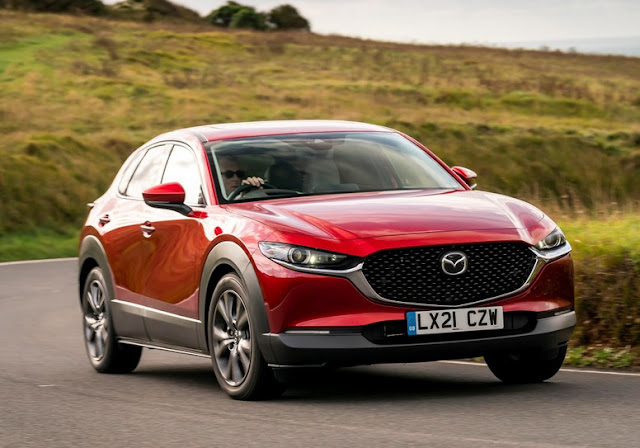 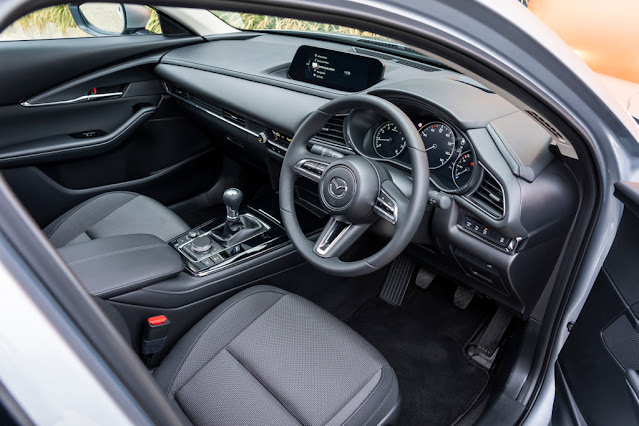 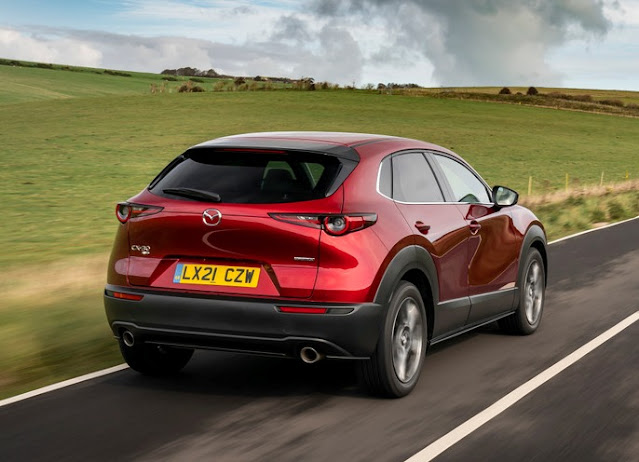 Here’s a car that has lived up to expectations. When Mazda’s compact SUV was launched two years ago it was predicted to become the company’s best seller, and it has, toppling CX-5 and the Mazda3 hatchback.

Hardly a risky forecast as the great British public had made it quite clear they prefer high riding cars that drive like a hatchback of old, yet it still had to win the showroom battle.

And that is where Mazda’s desire to be different paid dividends because CX-30s sleek styling is a crowd puller and nothing like its rivals. In fact the CX-30 is more pumped up hatchback than a boxy SUV.

Not only is the styling out of sync with the rest of the pack, so is the engine. Mazda has turned its nose up at the trend for a smaller turbo charged petrol in favour of a normally aspirated 2-litre but with a kick of its own.

The engine has compression controlled spark ignition that brings in the power sooner than a conventional petrol but not quite as instant as a turbo. To close the gap a mild hybrid electric motor has added 5bhp and 16Nm or torque while updating the hybrid software has also lowered emissions and increased economy.

It is a completely different feel to a turbo engine, not quite as responsive at low revs with more gear changes needed to feel the benefit, but charging through the super slick six speed gearbox up to the rev limit without so much as a squeal for submission is terrific fun.

My wife has been looking over my shoulder and asking why I am rabbiting on about technical mumbo jumbo when people want to know if CX-30 is a good family car. Fair point.

Because of its curvaceous styling the Mazda is not as roomy as some rivals but is not far off when it comes to cabin space and more than adequate for most families. Rear legroom is okay although the high waistline and smaller glass area makes it a bit gloomy in the back. Boot space is a little down and there are no levers in the side walls to drop the back seats but you do get a powered tailgate higher up the range.

Mazda has been busting a gut to break into the premium sector and I think it has made it with the CX-30. It has aced it with classy design, high end materials and build quality. The driving position is perfect with a clear instrument binnacle although additional driver information is thin on the ground compared to rivals in the VW-Audi group. It does have a brilliant head up display – why doesn’t every car have this important feature?

I have always praised the simplicity of Mazda’s infotainment centre which has been refined with a larger 8.8in central screen and new graphics, and it is sticking with the rotary controller between the front seats which is safer and easier to use than a touchscreen.

There is a choice of five trim levels and two power outputs, 120bhp or 183bhp tested here. Unfortunately the 120bhp e-SkyActiv G engine does not have the compression controlled ignition and lacks punch but if performance is not on the must have list then take a look at the SE-L Lux at £25,245 with reversing camera and heated seats part of a generous package along with much lower group 13 insurance.

My GT Sport Tech is a beauty with leather heated front seats, heated steering wheel, 360 degree surround camera and a 12 speaker Bose sound system fronting a very long spec list not to mention a comprehensive safety pack but you will need to go the other side of 30 grand for the pleasure.

I would stick with the more powerful e-SkyActiv X engine which is more economical than the 120 G version and mate it with the superb manual gearbox, but money can be saved by going down the model range without taking too much pain on spec.