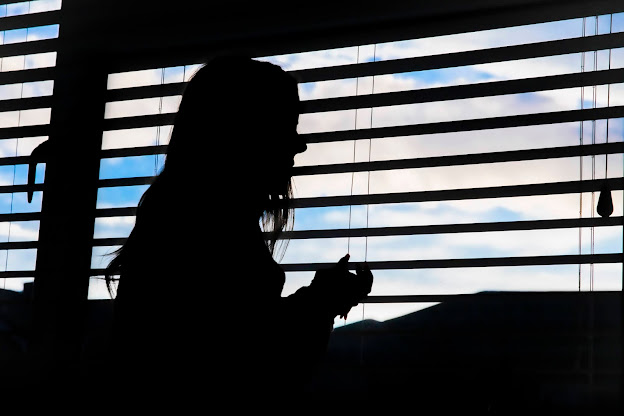 A mum-of-three has told how her violent partner tried to kill her by deliberately crashing his car at speed into a stone wall when she was pregnant.

Terrified Annie, 30, not her real name, miraculously survived the impact but suffered whiplash, stomach pains and severe headaches while her raging partner tried to smash the car with a rock.

On other occasions he punched her stomach after finding out she was pregnant and tried to strangle her.

As well as inflicting a catalogue of horrific injuries to Annie, the cruel, controlling brute also threatened to throw acid in her mother’s face.

Thankfully, she escaped after turning for help to the Domestic Abuse Safety Unit (DASU) which operates across Conwy, Denbighshire, Flintshire and Wrexham.

Annie says the organisation saved her and her children, providing them with a safe haven in a refuge.

DASU provides a 24/7 service for women, men and their children affected by domestic abuse.

In addition to the regular funding he provides to them and other organisations who work with abused victims in North Wales, Mr Jones has accessed an extra £238,000 from the Ministry of Justice to help them cope with the extra challenges caused by the coronavirus crisis.

As a result, DASU has received an extra £71,400 to support service users and purchase safety screens and signage and source personal protection equipment (PPE) and cleaning materials.

According to DASU, Annie’s horrific story is all too common place and they were grateful to the Police and Crime Commissioner for his vital support.

When Annie first met her partner, there was nothing to suggest he would turn into a vicious monster.

She said: “I met him through a mutual friend. He was a year younger than me and was a real smooth talker at first. He bought me gifts and was great for two or three months but then he changed.

“I had my own house, it was in my name and although he never officially moved in he was always there. Very quickly he would stop me from going out and always demanded to know who I’d spoke to or who I’d seen.

“I had two children from a previous relationship but when he found out I was pregnant with his child he went mad and said he didn’t want the baby. He punched me in the stomach and on one occasion tried to strangle me.

“I then discovered he was giving my son emotional abuse, telling him he was fat and that his real dad didn’t want to see him or want anything to do with him. My son was only six. My son told his dad who spoke to my mum. She rang the police.”

“The police came up and social services. I was given a choice really him or my kids. l That was no contest. On the Wednesday I managed to get out saying I had to go town for a medical appointment with the kids.

“I went to the refuge and never looked back. I had nothing, just the clothes we were wearing. My former partner went berserk and threatened my mum that she’d never see her grandchildren again and that he would throw acid in her face.

“With all the stress I went into hospital early to have the baby. He found out I was in hospital and tried to get in to see me but I had a restraining order in place and he never got in.

Annie says she suffered numerous physical injuries as a result of attacks by her former partner but she also suffered mental torture and coercion.

She said: “The worst was when I was pregnant. He got me in the car and said if he couldn’t have me no one would. He drove like an idiot and drove at speed into a stone wall.

“I managed to get out of the car, which was his, while he was smashing it up further with a rock. He was screaming. Luckily someone I knew passed and I jumped in their car and got away. He’d just totally lost it.

“I’m sure if I hadn’t finally got away he’d of killed me. I’m still terrified of him but I’ve come to terms with his behaviour. He just had to control me and abuse me physically and sexually. For him it was all about control.

“The Domestic Abuse Safety Unit saved me, there’s no doubt about that. They have been amazing. They got me into a lovely refuge and we felt safe right from the start.”

Commissioner Jones was pleased DASU had provided an escape route for Annie and her children.

He said: “Domestic abuse in all its forms is an abhorrent crime and is something I have addressed through my Police and Crime Plan.

He added: “The Covid-19 pandemic has really affected the service too and it’s important they have the funding in place to manage the expected spike in calls for help over the coming few months.

“I’m hoping the money I have been able to find for the DASU means they can continue helping lots of other women, like Annie, to get to safety and to start building a new life away from their abuser.”

DASU chief executive Gaynor Mckeown  said they have up to 41 refuge spaces across the region.

She said: “When a new service user arrives we will put together a care plan, a safety plan and help the service user to access support and advice. We offer specialist practical and emotional support and advocacy to access accommodation, financial support, medical and educational opportunities and assistance with reporting to the police and attending court if appropriate.

“We rely on the help of our commissioners and partners. The support we receive from the Police and Crime Commissioner is invaluable, we couldn’t help anywhere near the number of victims we do without the financial backing we receive.”

“The additional funds from the PCC will be crucial going forward if we are to help more women like Annie.

“She is doing fantastically well. When she arrived, as is so often the case, her self-esteem was rock bottom and she basically only had the clothes she and her children were wearing.

“She has now moved on and is getting her independence back but she also knows we are there if and when she need support in the future.”