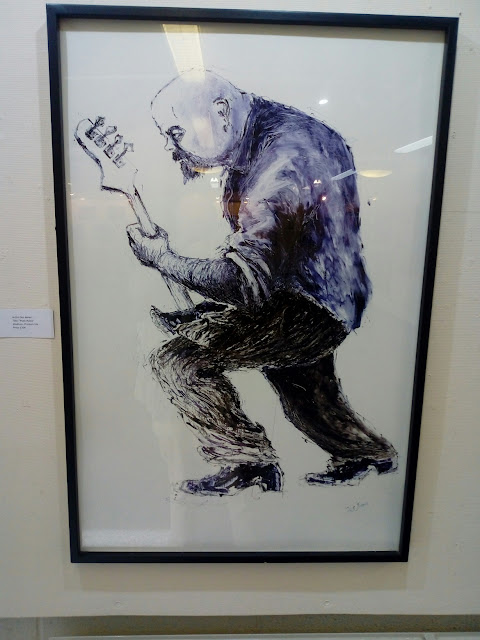 Over 60 striking images feature in the latest exhibition at the Pavilion by Llangollen Artists.

A total of seven artists with a hugely varied range of styles are taking part in the free-to-view show which lasts until June 14.

Amongst the exhibits by Des Jones are a couple of pictures executed in printers ink of musicians, the most notable of which to some will be the one entitled Punk Notes which depicts a guitarist in an all-action pose.

An appropriately haunting image of an Old Ghost House is part of the eclectic display by Carys Haf  Roberts. There’s a definite otherworldliness to this atmospheric mixed media offering which leaves one wondering exactly where the house is located.

Raising the mood significantly is the adjacent work of  Philip Charles Parker, all are brilliantly observed and vividly coloured, none more so than the jocular oil on canvas creation entitled Won’t You Pour Me a Cuban Breeze, Gretchan?

Outstanding colours coupled with draughtsman-like precision also abound in the pictures of Jenny Saltmarsh. A good example of her style and a real eye-catcher is the study of motorbike race ace Joey Dunlop scorching around the track.

Landscapes but far from traditional ones feature in the thoughtful work of Richard Buxton, including the acrylic on canvas piece Landscape With Ravens. Its presentation is simple but extremely effective.

Tellingly evocative of the subject is the oil rendering Ready, one of the collection displayed by Louise Edwards, which shows a First World War soldier posing with his mates for a picture presumably ready to go “over the top”. On his face is a gritty smile perhaps because he’s aware what his fate might be.

A particularly stunning landscape of Dinas Bran Castle and the hills surrounding it is one of the memorable offerings from photographic artist Simon Collinge. 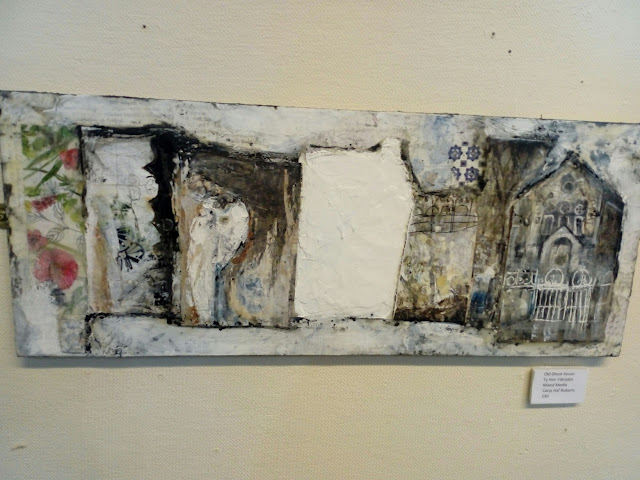 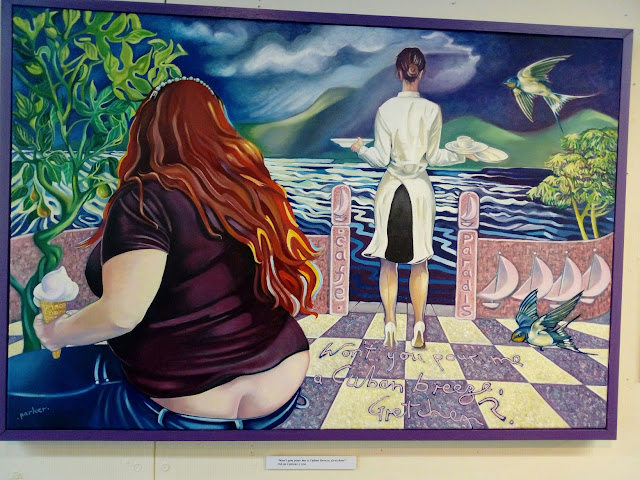 * Won't You Pour Me a Cuban Breeze, Gretchen by Philip Charles Parker. 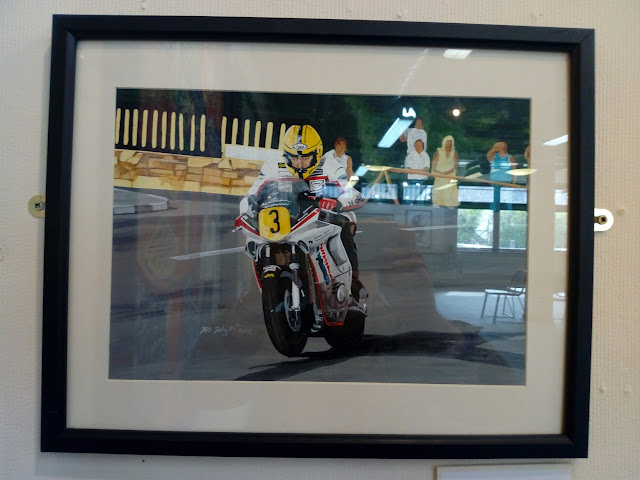 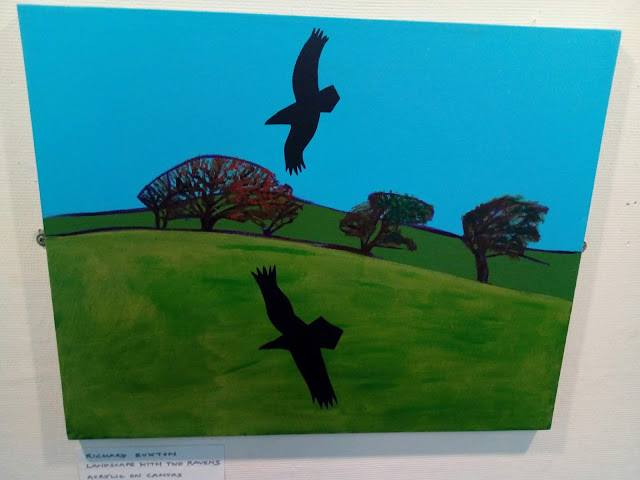 * Landscape With Ravens by Richard Buxton. 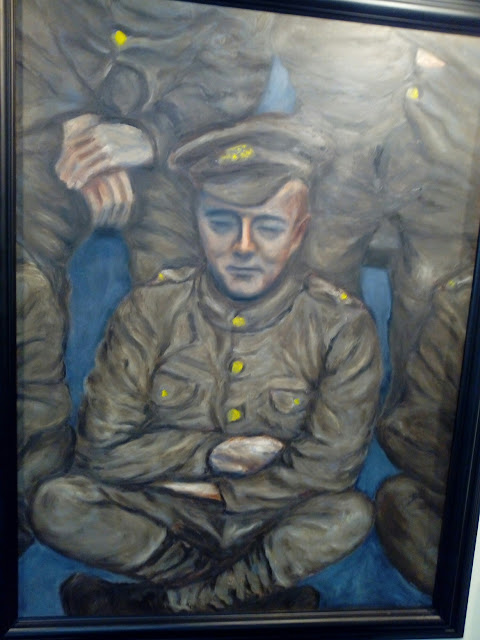 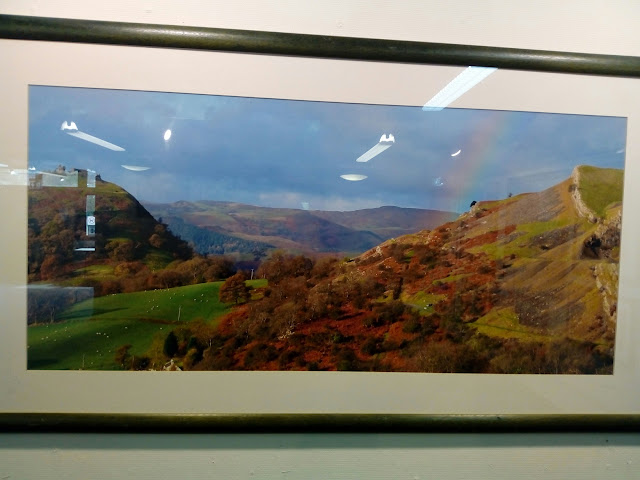 * A photographic study of Castell Dinas Bran area by Simon Collinge.
Posted by llanblogger at 6:41 AM