Railway heads back to the 1940s 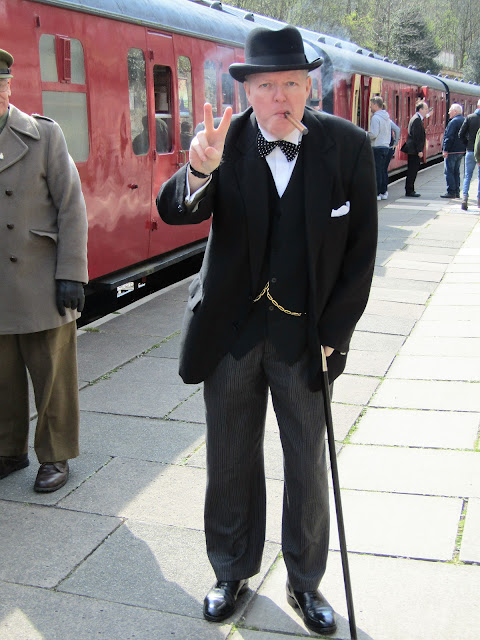 Llangollen Railway is turning back the clock to the World War Two era as it stages its Home Front Weekend this Saturday and Sunday.

The Home Front side of the period is represented with civilian vehicles parked at various locations together with displays of life in the 1940s.

Look-alikes of Winston Churchill, General Montgomery and Air Vice Marshall Harris are mingling with the crowds throughout the weekend to undertake inspections and make patriotic speeches.

Earlier this afternoon there was a mock air raid and demonstration of military firepower, which will be repeated tomorrow.

Entertainment is being provided at each station along the line by live performers singing songs of the era including the Bluebird Belles, George Formby, the Airborne Angel and Jayne Darling.


Tonight (Saturday) Llangollen Station will offer live acts for the evening dance with a real ale bar from 7-1p.m.

A drum head church service will be held on Sunday morning at Llangollen Station.

* Further information on departure time so of trains and events can be obtained by contacting the Station Office at Llangollen on telephone number 01978-860979, or the website at www.llangollen-railway.co.uk 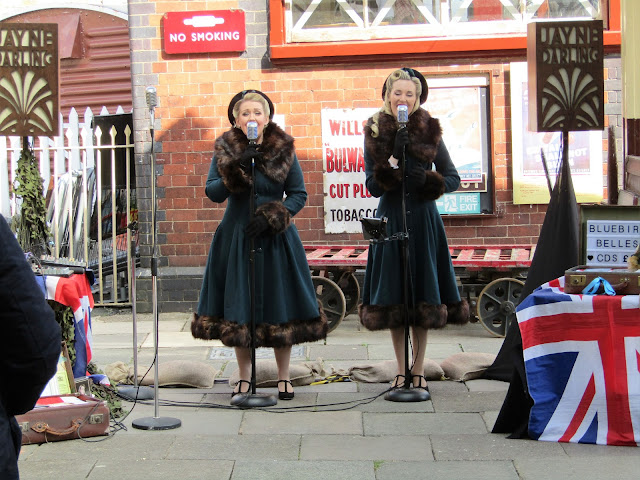 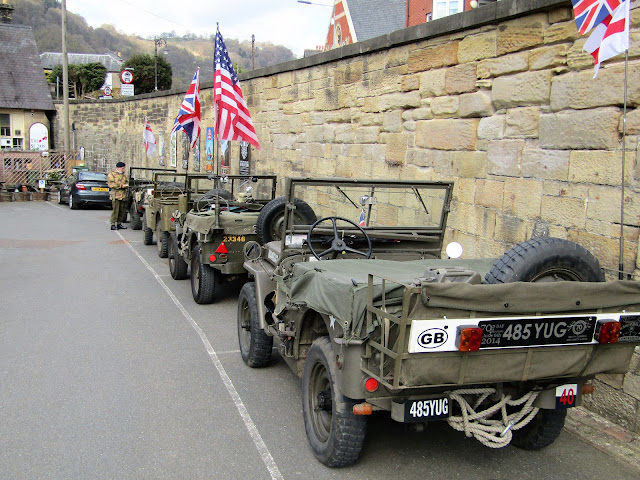 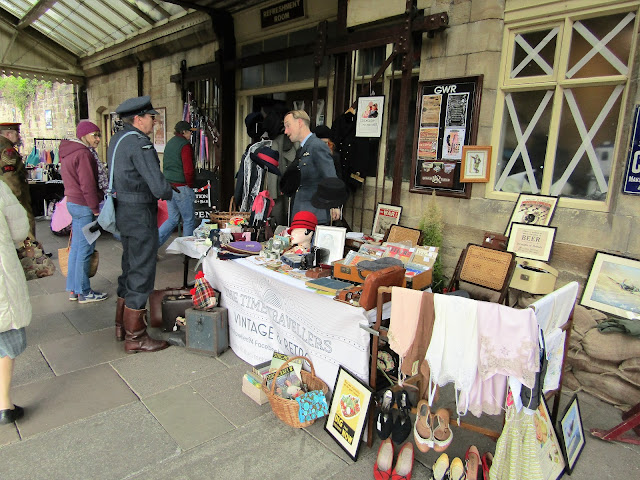 * Period memorabilia on sale on the platform. 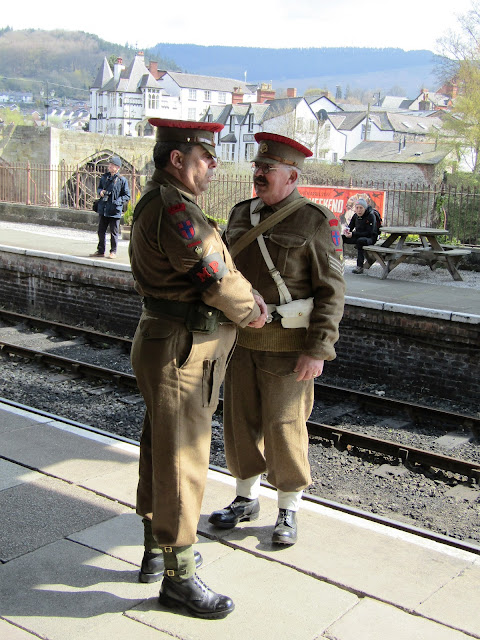 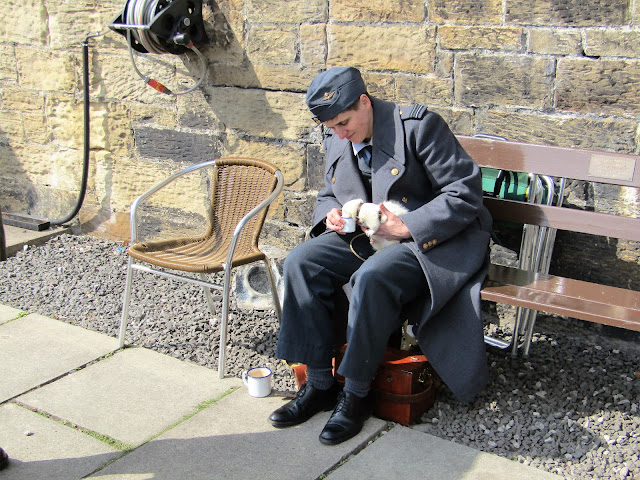 * A serviceman feeds his ferret before boarding the train.
Posted by llanblogger at 4:05 PM