No record breaker but a beautiful handler 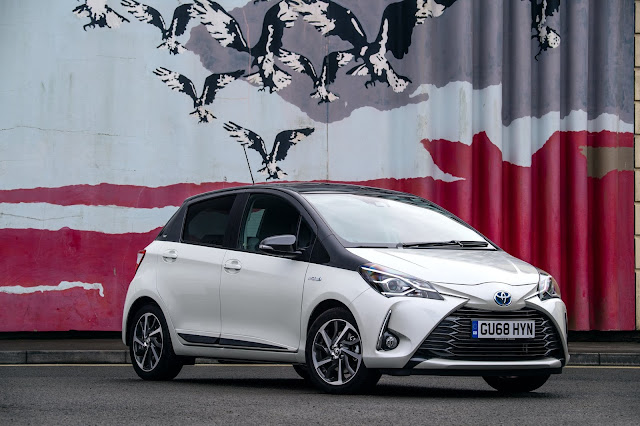 If we are to believe what we hear nearly all of us will be driving hybrid or electric within 10 years.

Volvo is really going for it saying every new car from 2019 will be electrified.

The numbers of hybrid and electric cars has certainly shifted up a gear in the last 12 months with just about every manufacturer offering something in the alternative fuel line.

Toyota was one of the pioneers and has several hybrids in its line up but do they really come up with the goods on economy?

It depends on whether your driving needs match those of a hybrid car, there is such a thing as a hybrid driver. Let's looks at a couple of examples.

The Toyota driver who delivered the Yaris hybrid had a traffic free early morning 180 mile motorway dash and managed 36.4mpg - it said so on the dashboard computer. The clear message is if you spend your time charging along motorways don't buy a hybrid.

Example two: I took the Yaris on a 12 mile drive made up of four miles down hill, seven miles on dual carriageway doing about 55mph and a mile in a 30mph zone powered purely by the electric motor. Result: 89.8mpg, and I am sure I could have cracked 90mpg if I had gone another few hundred yards on electric power.

That shows what is possible but will be a rare event. What you can expect from the Yaris hybrid if its journeys are in and around town, A roads, or sticking to around 60mph on motorways is pretty impressive if my 62.4mpg after a week and nearly 500 miles is anything to go by. The official average is 78.5mpg which will be a bit of a stretch.

From a safety point of view my driving style was calmer and more considerate because I wanted to exploit the hybrid potential so I tried to keep the needle in the green zone, the place to be for the big economy numbers. So there was no harsh braking or flooring it from the traffic lights, although should the need arise Yaris is no slouch up to 40mph thanks to the CVT auto gearbox.

So what of Yaris? The little hatchback has been around for yonks and has a reputation as a car for, lets say, the older community. My wife's niece, who is in her forty somethings, asked for advice before changing her car and almost had a dicky fit when Yaris was suggested among the sensible options.

"I don't want one of those, that's the sort of car mum would drive," was her response. Mum, by the way, is 71 and drives a Honda Jazz, another car her daughter would not consider. She bought a Citroen DS 3 which I concede is the coolest of all the small cool cars, and, as it happens, is also my wife's favourite small car and she is 68!

Yaris sits in a host of good superminis and although its looks have improved down the years, is not eye candy in the same way as a Renault Clio, Ford Fiesta, Seat Ibiza, Nissan Micra etc, etc, etc.

Nevertheless it does have a five year warranty, and in hybrid form has genuine economy credentials so running costs should be low.

Yaris does not break any records on interior space but is still adequate and is well equipped - automatic dipping headlights and such like - and so it should be for £20 grand.

It rides a little on the hard side, not uncommon in small cars, and has a too much road noise, but it handles beautifully and would have been a good buy for my wife's niece but you know how stubborn young women can be...