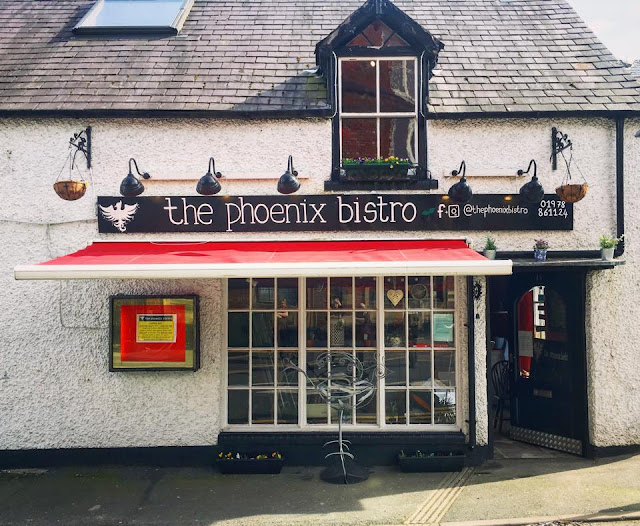 
A new vegetarian and vegan restaurant has opened in Llangollen, offering a seasonal menu with ingredients sourced from local producers.

The Phoenix Bistro has got off to a strong start since its opening at the end of March, with over 150 people stopping by to welcome the new addition to the rapidly expanding restaurant scene in Llangollen.

Fern Evans, the owner, was delighted at the turnout. She said: “It was such a great atmosphere and everyone was really lovely and welcoming.

"We are so pleased to be launching in Llangollen to meet the growing demand for vegetarian and vegan food, hopefully complementing existing businesses in town to strengthen it as a destination for those visitors looking specifically for vegan options – as well as those keen just to eat delicious, freshly prepared, locally sourced food.”

The bistro offers a 100% plant-based menu, with a café feel in the daytime serving hot sandwiches, jackets, light bites and loaded fries, as well as speciality hot drinks and cakes from local supplier Rachel’s Vegan cakes.

Sandwich fillings and jacket toppings offer a balance of familiar favourites such as cheesy beans, as well as more unusual options such as BBQ jackfruit.

On weekend evenings the bistro will have more of a restaurant feel, offering tapas, pizzas, street food inspired dishes and hot homemade desserts.

There are vegan takes on classic menu items such as mac and cheese, as well as more eclectic choices drawing on Asian, Middle Eastern and European flavours.

It is a fully licensed bar serving cocktails, craft beers and prosecco on tap from local supplier Bolla.

The Phoenix Bistro can be found at 15 Chapel Street, Llangollen. It is now open Tuesday and Saturday from 12pm. On Tuesdays to Thursday it will close at 5pm, and stay open until 10pm on Friday and Saturday evenings.

Of her plans for the future Fern said: “We will be opening at lunchtime on Sundays within a few weeks, and will soon be introducing some acoustic music nights and a vegan Sunday roast."

* For more information and to book online, visit the bistro's Facebook page at: https://www.facebook.com/thephoenixbistro/ or call us 01978 861124.
Posted by llanblogger at 10:24 AM