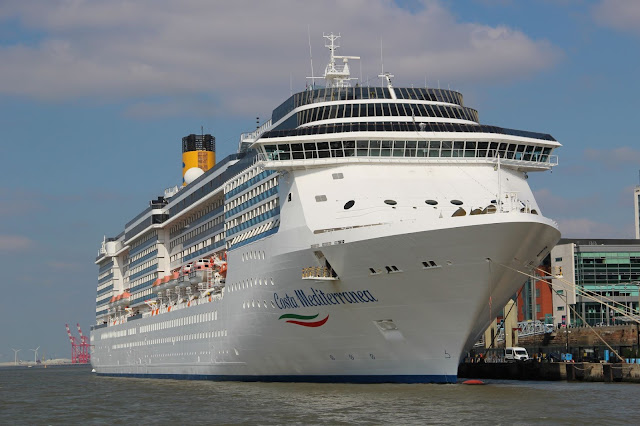 * Passengers from the The Costa Mediterranea visited Llangollen station.

The Costa Mediterranea, gross tonnage 85,600 with room for over 2,600 passengers, was making its first visit to Liverpool and among the passengers taking advantage of local excursions was a coach load which headed for north-east Wales.

Visitors were brought over the hills to Carrog for a steam train trip on the heritage railway through to Llangollen.

As seen in the River Mersey the 12 decker cruise ship made and impressive sight and is due to return again as part of a series of cruises around the British Isles.


The cruise liner programme for 2019 involves visits by 57 day cruise ships with many offering excursions into North Wales.

Railway spokesman George Jones said: "The inclusion of Llangollen Railway in the itinerary for a day excursion into North Wales makes a valuable contribution to the railway and the wider economy.

"After visiting Llangollen the party moved on to Chirk Castle before heading back to Liverpool in time for the evening sailing when the ship headed for Belfast."
Posted by llanblogger at 6:39 AM