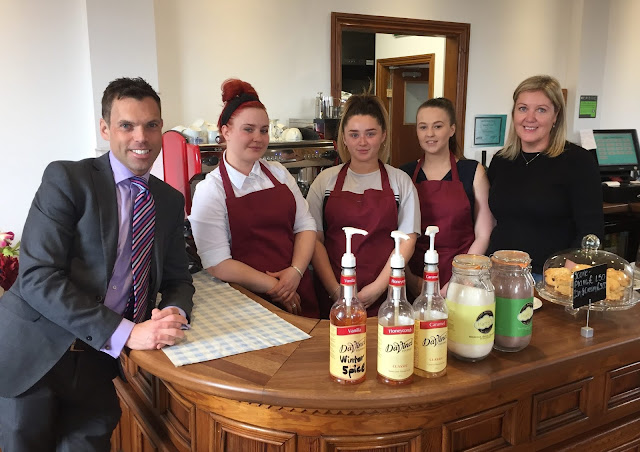 A derelict chapel brought back to life with the help of the Welsh Government has celebrated a successful first year as a popular tearoom.

Sally Roberts and Carl Pottenger took on the ambitious project to convert the former Bryn Seion Chapel on Station Road, Trevor, into the Pontcysyllte Chapel Tearoom.

The business launched in February 2018 after a £30,000 Welsh Government grant and was officially opened by Lord Dafydd Elis-Thomas, Minister for Culture, Tourism and Sport last June.

Sally recently gave Clwyd South AM Ken Skates a tour of the premises.

He said: “The place looks stunning – Sally and Carl have done an amazing job. They employed a number of highly skilled local craftsmen at the outset and have even matched the woodwork to the original pulpit, which has been preserved as a key centrepiece.”

Mr Skates added: “The area has seen hugely increased visitor numbers since the aqueduct was designated a UNESCO World Heritage Site. Tourism is a key driver of the local economy here in Clwyd South and businesses like this are vital in terms of offering quality and choice.

“The tearoom offers a wide range of homemade produce from local suppliers, which helps give such a unique local business a unique local flavour. I’m proud that the Welsh Government was able to help the business get up and running and I hope to see it continue to go from strength to strength.”

Phase two of the project is now under way, with the transformation of the remainder of the building into five bedrooms which will see the tearooms expand to offer bed and breakfast.
Posted by llanblogger at 7:22 AM