Operatic tunes up for Fiddler on the Roof 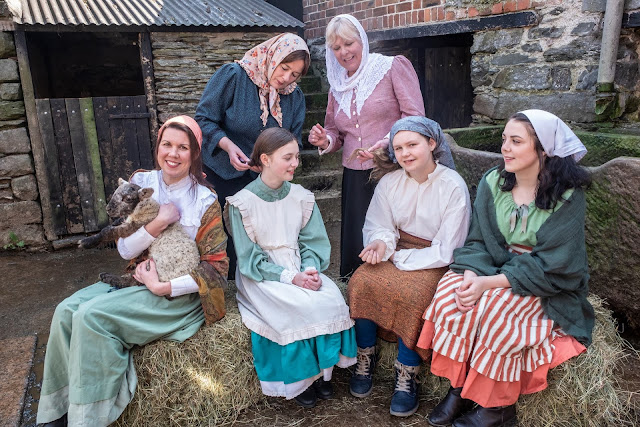 * Members of the cast of Fiddler on the Roof. Picture by Barrie Potter.


For the first time in 36 years Llangollen Operatic Society is to present the stage version of big screen blockbuster Fiddler on the Roof later this month.

The society last put on the show back in 1983 to great acclaim and a completely new cast bring it back to Llangollen Town Hall from April 30-May 4.

The Bock, Harnick and Stein classic is set in the early 20th century in a Jewish village in Russia and their centuries old traditions which the village milkman Reb Tevye is determined to hold on to.

But change is coming and it is difficult to ignore it.


The show features a host of memorable songs, including the show stopper If I Were a Rich Man, Sunrise Sunset and Tradition.

A strong cast is headed by Bill Hughes taking on the role of Tevye.

He comes to Fiddler fresh from his role with the society playing likeable cockney rogue Doolittle in their production of My Fair Lady last year.

There are many new faces in the line up with some coming from as far away as Colwyn Bay to take on key roles.

A number of talented young performers are also joining the cast from the society's junior section, the Young 'Uns, who recently presented a smash-hit version of Grease in Llangollen.

Producer Helen Belton said: "We welcome them to Fiddler because they are tomorrow's leads, chorus, producers, directors."
Musical director for the show is Leigh Mason who holds the same role with the famous Fron Male Voice Choir.

Director is Alison Ravenscroft and choreographer is Pamela Williams.

* Tickets for Fiddler on the Roof are now available online at www.ticketsource.co.uk/llangollenoperaticsociety as well as at the following Llangollen establishments - Jades, Llangollen Oggie and Fine Foods and Gwyn the Butcher.
Posted by llanblogger at 6:46 AM