The Fratellis and The Coral line up for Llanfest 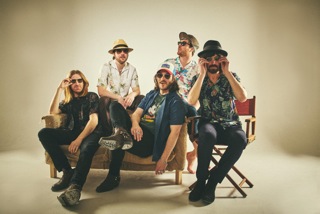 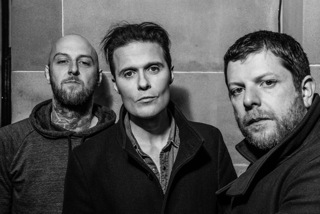 Celebrated British rock bands The Fratellis and The Coral have announced their double headline appearance at Llanfest, the finale party of the Llangollen International Musical Eisteddfod, on Sunday July 7.

Wirral-based The Coral, who recently released their critically acclaimed new album Move Through The Dawn, will fill the International Pavilion with melodic and eccentric songs as well as renowned classics including Dreaming of You, Pass it On and In the Morning.

Also taking to the stage will be award-winning Scottish band The Fratellis who roared into their second decade with their fifth album, In Your Own Sweet Time in 2017.

The three-piece will rock the Pavilion with their famous top 10 singles, Chelsea Dagger and Whistle For The Choir as well as some new hits.

The show will be both bands’ first gig of the year in North Wales and one of the first opportunities in 2019 for fans in the region to see them live.

The two bands will be joined on the bill by Platinum-selling indie rockers Pigeon Detectives, with the likes of This is an Emergency and Take Her Back, and nineties power pop rock trio Dodgy with their nostalgic hits Staying out for the Summer and Good Enough.

This year's eistesddfod runs from Monday-Sunday July 1-7 and will welcome more than 4,000 performers and up to 50,000 visitors across the week.

Tickets will go on sale on Friday February 1 at 9am and can be purchased online at www.llangollen.net or via the box office on 01978 862001.

This year, the layout of the Pavilion has been changed with rear seating being removed and additional standing available at the front of the stage to increase capacity to more than 5,200, making it one of the festival’s biggest ever gigs. A tiered seating area will also be available in the middle of the arena.

There will be live performances from a range of artists from 2pm on the outside stages and support acts The Pigeon Detectives and Dodgy will perform in the main Pavilion, before The Fratellis and The Coral take to the stage.

The Coral frontman James Skelly said: “We’re really excited to join such a brilliant line-up for Llanfest 2019, to come together with other artists to support the ethos of global peace at a festival is something quite special."

Music Director of the festival Edward-Rhys Harry said: “The Fratellis and The Coral are the perfect mix of two iconic bands whose upbeat indie rock hits resonate across generations, the day is certain to bring thousands together to enjoy a high-energy finale to our 2019 festival.”