Ms Jones (pictured) was part of a cross-party delegation of nine Labour, Conservative and SNP MPs who were calling on the Government to change the law. 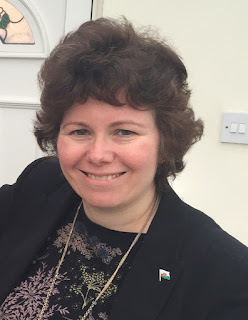 Last year Ms Jones led a debate in Parliament on the subject and also took part in another debate before Christmas in which every participating MP called for reform.


Speaking after the meeting, she said: "I love firework displays and I think organised displays are fantastic. However we can't carry on with the current noisy and dangerous free-for-all which seems to happen throughout the year.

"There have been big public petitions calling for change and I support them wholeheartedly.


"As well as meeting the Minister we also had a good dialogue with civil servants at the Office for Product Safety and Standards who have been asked to look at the regulations."

She added: "I raised concerns about the ridiculously high noise limit of 120 decibels on fireworks and the fact that while there's a limit on when fireworks can be bought, there's absolutely no limit in terms of the days when they can be let off.

"This is a far cry from fireworks being used only on Bonfire Night. The RSPCA has noted this presents a major problem for animals and pet owners. Veterans' groups and others have also raised similar concerns.


"Then there is the issue that many of us raised about fireworks being let off by people who are committing anti-social behaviour. This is now commonplace in big cities but we've also seen it a bit in our area too.

"Locally, we have fought tooth and nail to protect fire appliances and we must not have fire fighters and appliances, Police and innocent bystanders caught up in these mindless incidents."


Further to her meeting, Ms Jones will also be writing to Welsh Government Ministers.
Posted by llanblogger at 10:12 AM