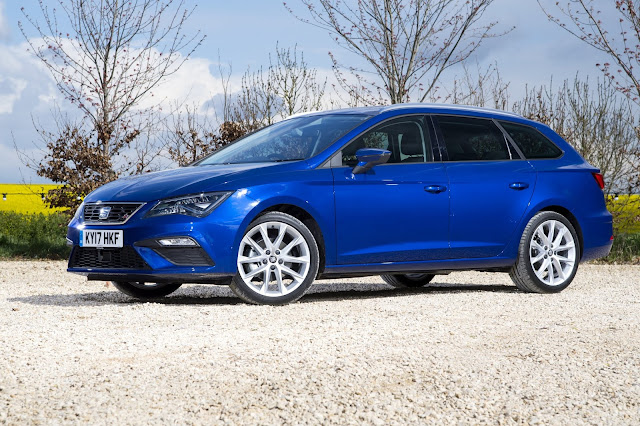 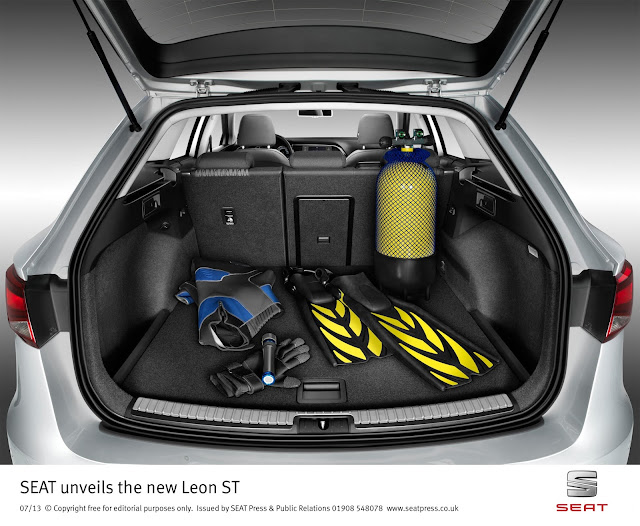 
ESTATE cars aren't meant to be fun...or are they?


The days of rattley old boxes bought by people who needed to haul tea chests and sideboards - think they were mainly antique dealers - have been confined to history, in fact I can pinpoint the very year the estate car market was turned on its head.


It was 2000 and Alfa Romeo showed us the 156 Sportwagon, a car that was drop dead gorgeous with its rising waistline, shallow windows and sloping roof, just like a coupe. This was the start of a new breed and got rival car designers thinking outside the box.


Mercedes-Benz CLS, Honda Civic, Hyundai i40, are good recent examples, and even Volvo, the 'box' king, has joined the sporty estate club, although now most are called Sport Tourer, Sport Wagon or Sport Back. The emphasis on Sport tells the story.


Spanish car maker Seat is relatively new to the club and although the Leon ST is not as eye catching as the hatchback the sloping roofline gives it a bit of a racy look.


As part of the Volkswagen-Audi group the ST is cut from the same cloth as VW Golf and Skoda Octavia both of which have slightly more carrying capacity, as does a Peugeot 308 and Honda Civic, but we are talking small margins and Leon is a convincing story with the tailgate open.


So what do we need to look for in a good estate car? First up is a full width opening, no light clusters poking in from the sides, low loading sill, minimal intrusion from the wheel arches, and fold flat rear seats, not every car maker achieves that.


Here the back seats can be dropped by pulling levers in the side walls which is a thoughtful touch and saves a walk to the rear door.


Leon ST ticks all those boxes and the good sized boot does not cut into rear seat legroom which is plentiful, even for taller folk. In fact this is a generous five seat family car.


Where does the fun come in? The clue is in the title - FR. We had a bit of fun with Leon's full title - STTSIEVOFR - which looks like the jumble of letters from the TV game show Countdown.


Embarrassingly I could not tell my wife what FR stands for, she offered fast runner, very apt in this case. A call to the press office revealed Formula Racing which is one step away from Seat's ultimate hot shot, the Cupra models.


That said there is plenty of fun and excitement to be had from the FR. The suspension has been lowered a tad to sharpen handling and that works a treat. Mrs Rogers immediately moaned about the hard ride but she doesn't get that there has to be a compromise on comfort, and the ride is not that hard anyway.


So we have a car built for thrills, but can a 1.5 litre engine provide the performance back up? Too right it can.  This is Volkswagen's new high powered small petrol engine and combines performance, low emissions and economy.


As diesel continues to die a slow death VW has come up with a petrol engine that gets close to achieving the same strong response at low revs as well as good mid range pick up. It will never match a diesel on economy but this is clever stuff with two of the four cylinders closing when cruising and that saves fuel.


I averaged about 40mpg, well down on what the official figures predict, but I did enjoy the performance so a little more care should push that to 45-46mpg.


Seat can pick and choose from VW's parts bin so there are similarities with switches and layout, and while it is all very orderly and precise it is a touch bland although the FR benefits from shiny black and chrome dashboard highlights and soft red penlight strips along the door panels.


What do you get for your £24k? A lot of safety features, which are all the rage these days, excellent LED headlights, an eight inch touch screen with navigation, mobile phone integration for Apple CarPlay, Mirror Link and Google Android, DAB radio and more.


Unfortunately Seat's touchscreen does not have the quick function keys either side of the screen, a sensible feature in the VW Golf, so you have to go into the system to select a function. At least the heating controls are clearly displayed switches.


The FR has front and rear parking sensors but for this money I would want a rear camera and even heated front seats.


And they could do with sorting out something that must irritate everyone. The two USB ports are tucked out of site at the back of a cubby in the centre console so trying to plug in a mobile phone charge lead is a real pain.


Apart from that go and buy one, you'll like it.