Griffin is safe with its new handlers 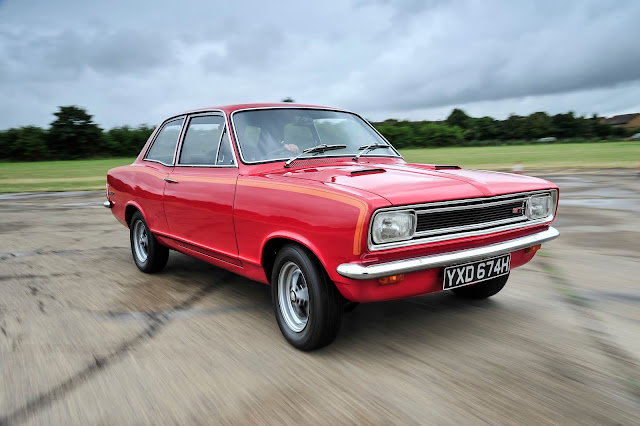 * The iconic Vauxhall Via GT. 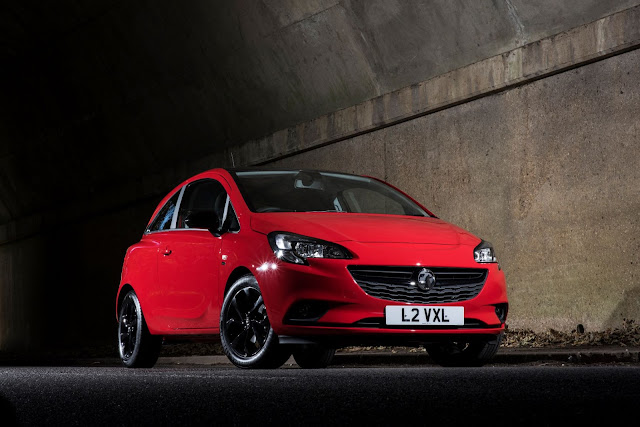 The Vauxhall brand is safe in the hands of its new French owners.

That was the upbeat message from Vauxhall's Customer Experience Director Peter Hope to motoring journalists gathered at Vauxhall's Luton base to drive some of the company's newest and oldest cars.

Hope said PSA boss Carlos Tavares wants to develop Vauxhall's 'Britishness' and make it matter more. The goal is a "mainstream domestic brand that develops a stronger bond with its British customers."

The marriage with Peugeot-Citroen will be no stroll in the park and job losses have already been announced at the Ellesmere Port plant but on the plus side there will be the opportunity to share platforms, engines and technology in an industry that is going through some of the biggest changes in its history.

Electric and hybrid vehicles will be coming thick and fast as the pressure grows to cut pollution, but back at the showrooms it is business as usual for Vauxhall building for the arrival of the new Corsa supermini.

We won't see it until much later this year but it will be new from the ground up sharing Peugeot technology. In the meantime Vauxhall is doing its level best to maintain interest in its top selling car.


To kick off Corsa's last hurrah a special Griffin edition offers fantastic value. And in this case fantastic is no exaggeration because it is stacked with kit.

For £11,695 the spec list includes 7in colour touchscreen with navigation, DAB radio, Bluetooth, Apple CarPlay, Android Auto, cruise control, air conditioning, auto headlights and wipers, heated front seats and heated steering wheel. The only useful feature missing is parking sensors which you could probably get as a £465 option.

This could be the perfect Corsa... except for the engine. It is the 1.4 litre petrol with a meagre 74bhp which is slow off the mark, doesn't offer much mid range, and wheezes when faced with a climb.

The plus side are its price and low running costs - insurance group four, 40-45mpg real time economy, and emissions just low enough to qualify for £140 road tax after the first year's £205.

Should you prefer a Corsa with a more grunt look to the GSI, yes the GSI is back while the hotshot VXR models take a break, and it sounds like it will be a long one. Meeting emissions standards are causing quite a few difficulties among the car makers.

The GSI won't get close to a hot Ford Fiesta or Renault Clio and would come second to the Suzuki Swift Sport in a race to sixty but I liked the quality and design of the interior. Its price tag of £19,440, and that is without £650 worth of navigation, shows the Griffin Corsa is a real bargain.

Vauxhall has a wonderful heritage collection dating back to the magnificent Prince Henry (1911-1914) and moving through to the ground breaking H-Type of 1937, the first production car with monocoque body and synchromesh gears. Ten thousand were sold in the first five months at £159 a time.

I ran out of time before I could get my hands on something a little more up to date, the outrageously fast Lotus Carlton, all 177mph of it, so I had to be content with a bright red 1970 Viva GT.

It is believed to have been registered by Vauxhall as one of its company cars and was bought back from its owner in 2014 and beautifully restored at the Heritage Centre.

The GT would have been up against hot Ford Escorts and had pretty reasonable performance from its 2-litre with sixty coming up in 10 seconds and a top end of 100mph.

Back in 1972 I had a Vauxhall Viva estate, light green, and remember it as a pretty reasonable car, but driving this near 50 year old model brings home how things have moved on. The braking system would have been perfectly acceptable then but now it's downright scary - I nearly put the GT through the exit barrier at the Heritage Centre thinking it would pull up.... and it nearly didn't. My fault, of course.

The steering is not what you could call precise, movements have to be made a little earlier, and the engine, although feisty through a four speed gearbox, is noisy. Just goes to show how sound deadening has come on.

Yet driving a classic gives you a good feeling, and plenty of onlookers no doubt all thinking 'I wish I could have a drive in that'.
Posted by llanblogger at 11:31 AM