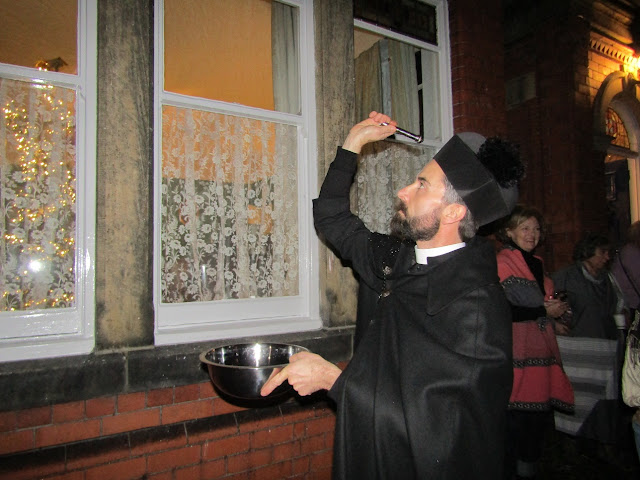 * Father Lee Taylor splashes the front window of the vicarage with holy water.

Parishioners and friends watched Llangollen’s new vicar perform an ancient religious ceremony in which he blessed his own home yesterday (Saturday) evening.
Just before Christmas Father Lee Taylor was installed by the Bishop of St Asaph as vicar of St Collen’s and also the Church in Wales parishes of Llantysilio and Trevor.
Father Taylor says he is keen to revive ancient and often forgotten church rituals, and the first of these he chose was a home-blessing service at his new vicarage in Abbey Road which he had invited around 50 church members and friends to watch and take part in.
He said: “It's long been a tradition during the Epiphany season to bless the home.
“Chalk is blessed for this purpose. Special prayers of blessing are said and a holy formula is chalked over the entryway. In the case of the vicarage this was 20 + C + M + B + 19.
“The C, M, and B are chalked in between the numbers of the current year.
“The three letters have two significations, the invocation ‘Christus Mansionem Benedicat’ - Christ bless this house - as well as the first initial of the names of the three Magi, Caspar, Melchior and Balthazar, who visited the newly-born baby Jesus on what became known as the Epiphany.”
He added: “I blessed the outside of the vicarage using holy water, incense and the chalk.
“If anyone else in the parishes I serve would like their home blessed during the Epiphany season they are welcome to contact me by email at: frleetaylor@hotmail.co.uk, or by phone on 01978 592092.”

Father Taylor comes to Llangollen from Croydon Minster where he had been serving as Associate Vicar.

One of his novel ventures there was a beer blessing ceremony at a local pub, The Dog & Bull, which made national headlines.

Soon after arriving in Llangollen he said: “I think we can look forward to lots of quirky things, ideas and initiatives, so watch this space.” 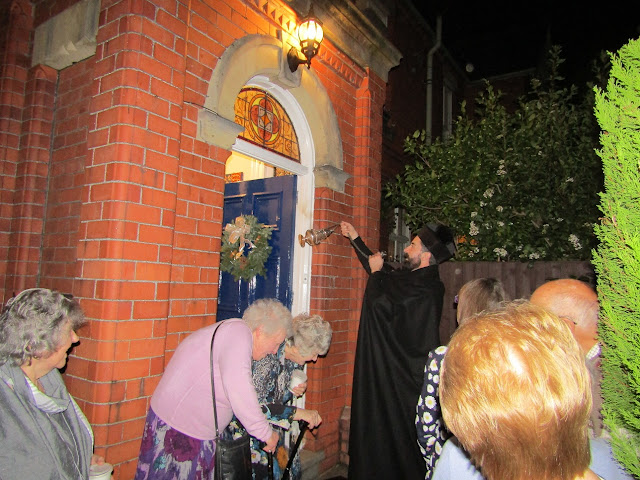 * Father Taylor uses an incense burner in the vicarage doorway as parishioners watch. 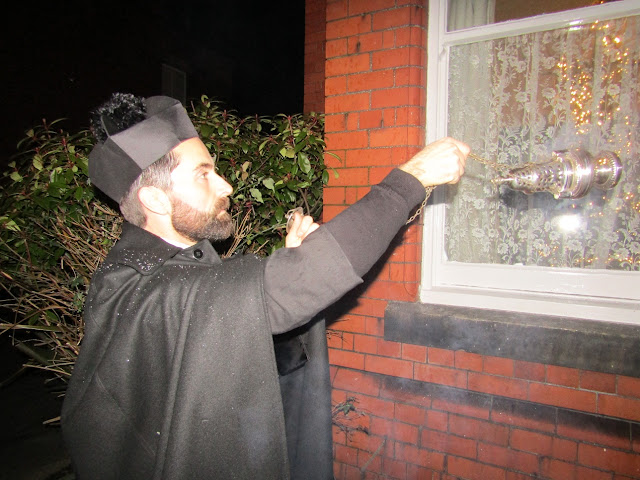 ... and blesses the house with incense. 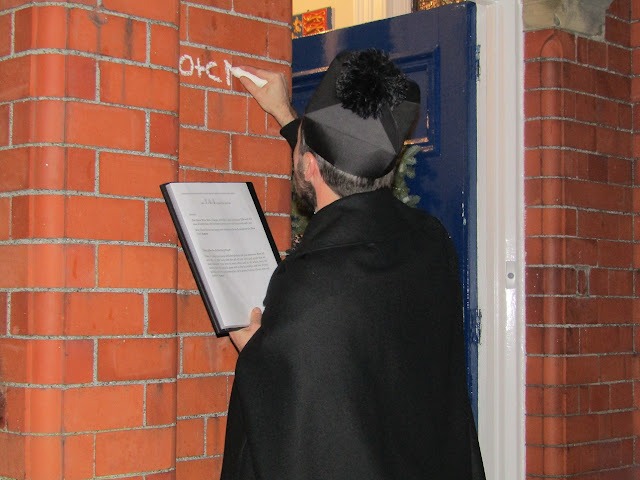 * The formula is chalked on the front wall. 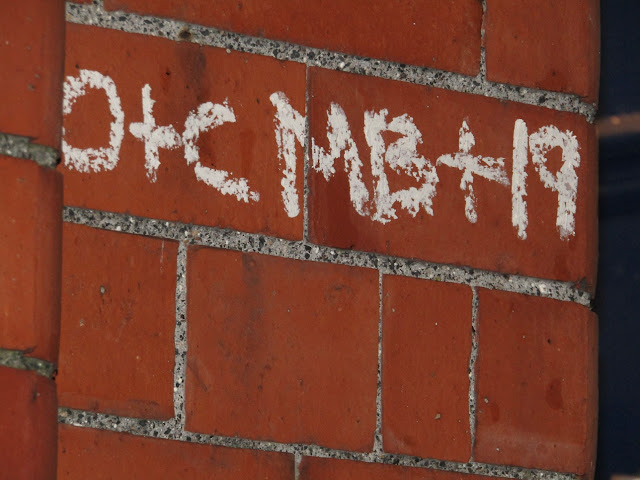 * The writing is on the wall for the vicarage.
Posted by llanblogger at 9:06 AM