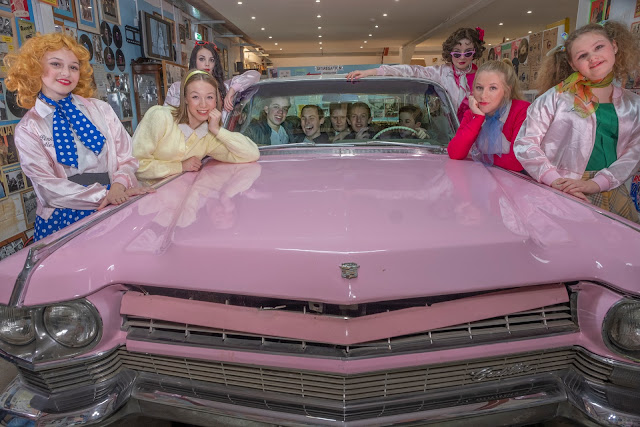 
Llangollen Operatic Society's junior section stage their own version of what is possibly the world's favourite musical next month.
To mark the 41st anniversary of Grease, which had its premiere in New York on Valentine's Day in 1972, , the Young 'Uns are putting on the blockbuster fifties-set show at Llangollen Town Hall from February 14-16.
The piece is packed with explosive energy, vibrant pop culture of the era and a host of unforgettable songs such as Summer Nights, Greased Lightnin', Hopelessly Devoted to You and You're the One that I Want.
And the Young Uns' cast of nearly 50, a number of whom gave a sneak preview of the production during the town's recent Christmas Festival, have been working hard in rehearsals for the past few months to perfect their presentation of the big rock 'n roll party.


The 'Young 'Uns have been performing shows in Llangollen for the past 28 years.


Last year's Joseph and the Amazing Technicolor Dreamcoat led to the group landing an amateur stage "Oscar" from NODA.


Members, aged 16-18, are drawn not only from Llangollen but surrounding areas such as Chirk, Corwen, Glyn Ceidiog and Wrexham.