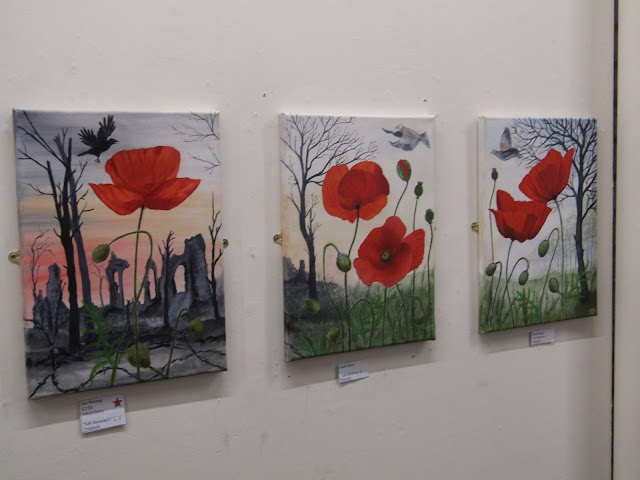 * Adult section winner, a triptych of poppies by Jan Murray, which will be presented to the
RAFA Club. 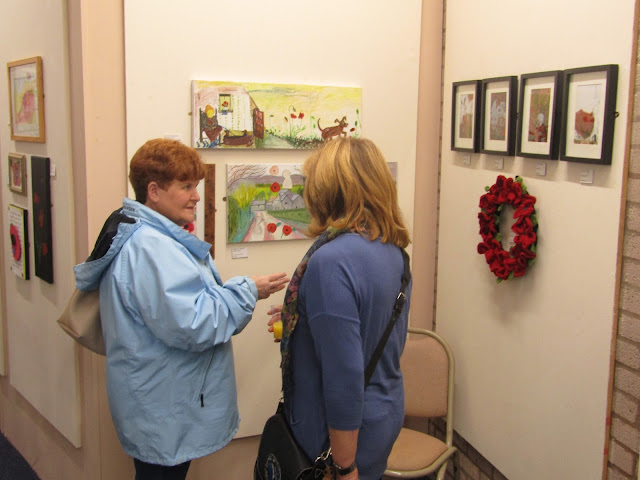 * One of the judges, Cllr Sheena Grindley (left), discusses
the entries with adult winner Jan Murray.

Entries, which came from across the age spectrum, included a variety of interpretations in different mediums on the themes of poppies, celebrating the end of World War One and celebrating life.

Judges for the competition were town councillors Sheena Grindley and Bob Lube and local artist Dory.

Organiser for the museum Janet Wakefield spoke of the high standard of entries.

Adult section winner Jan Murray has agreed to present her entry, a triptych of poppies entitled Life Returns, to the RAFA Club in Llangollen.

The exhibits will remain on display in the museum's upstairs gallery until December 3.

Below is a selection of the entries: 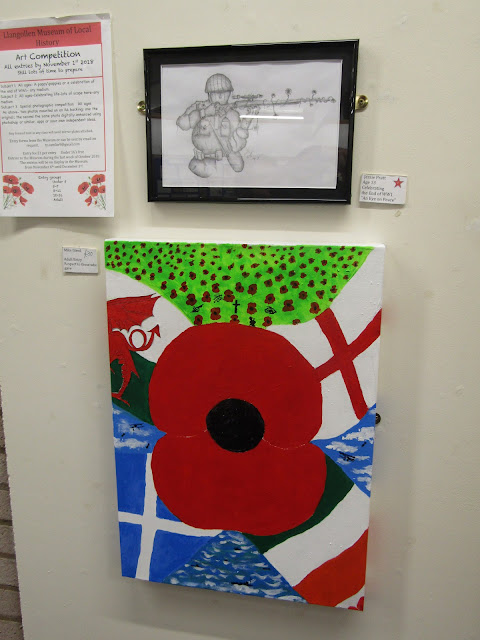 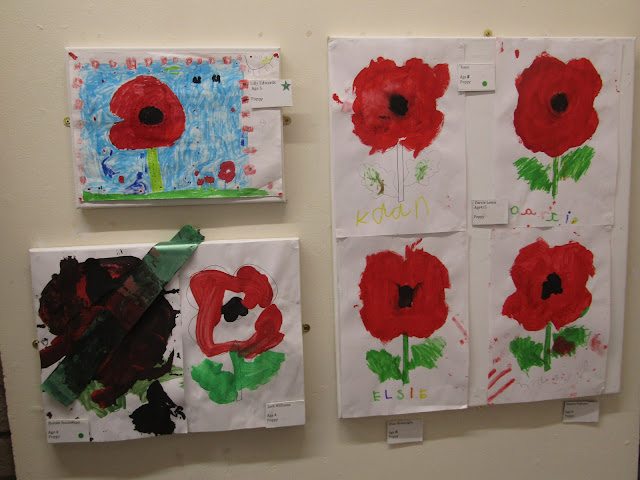 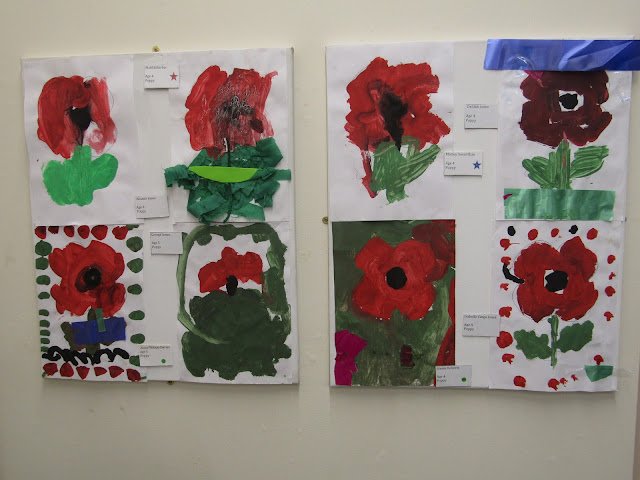 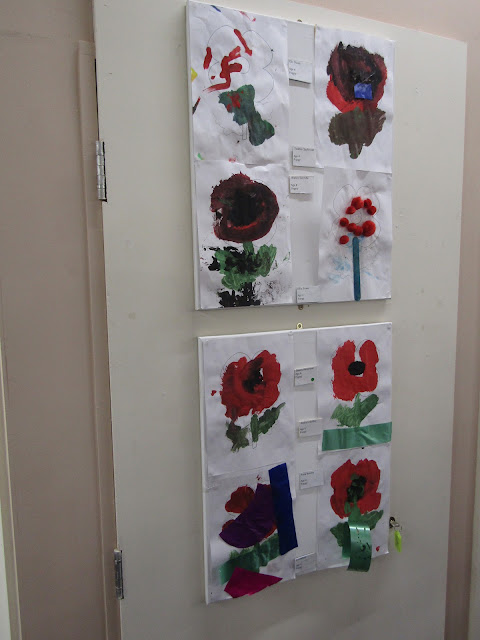 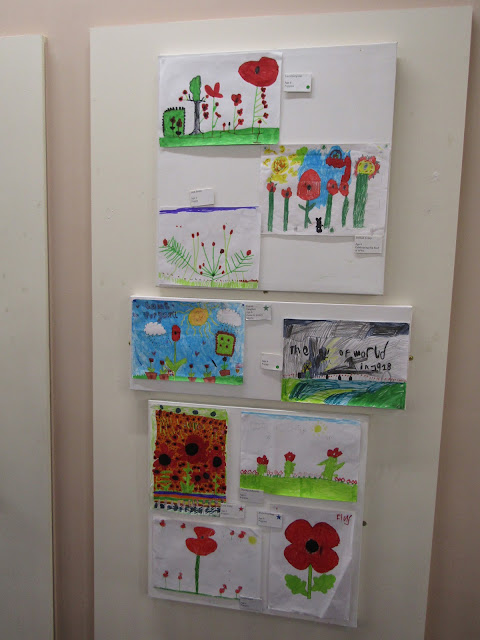 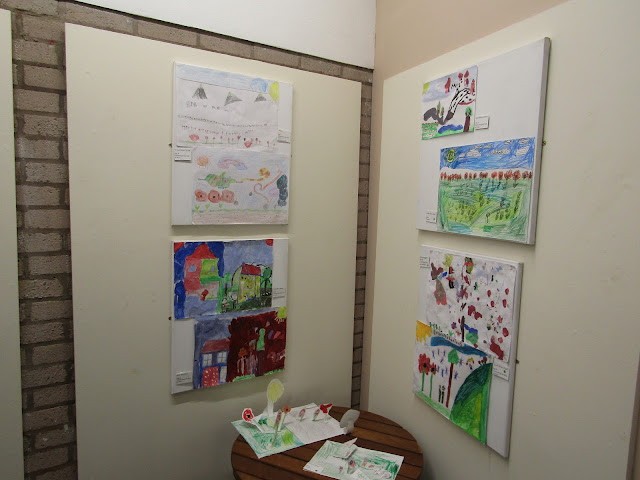 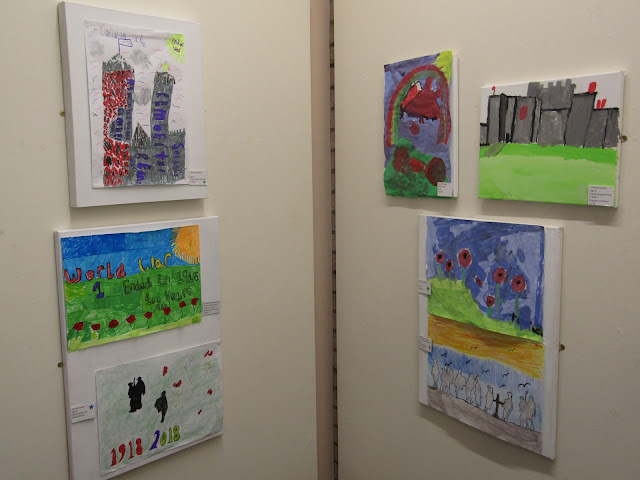 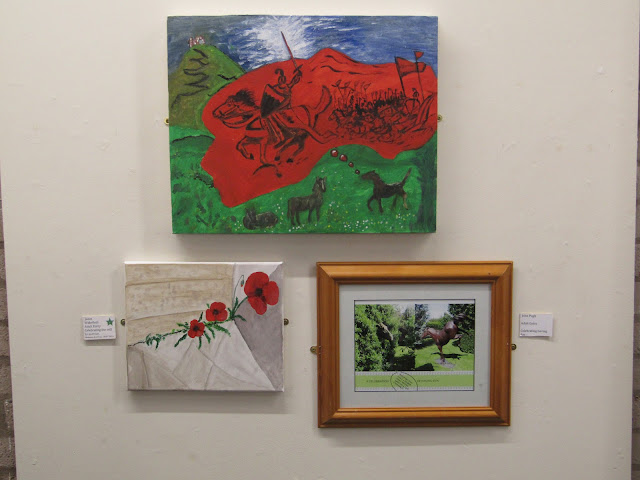 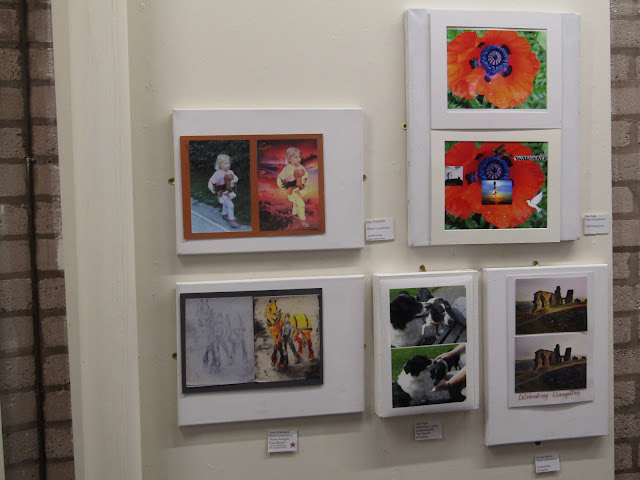