It's A Wonderful Life in Llangollen 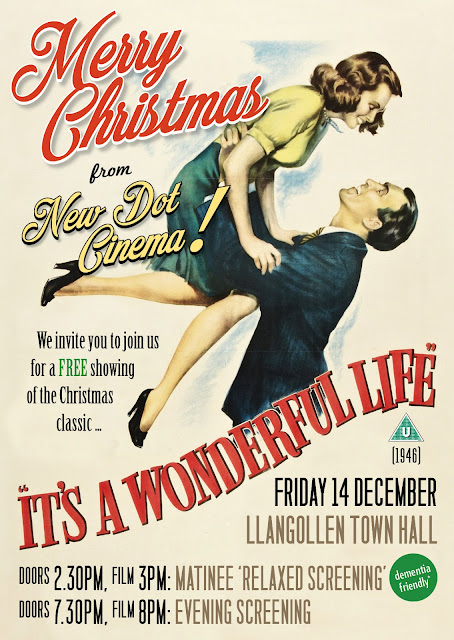 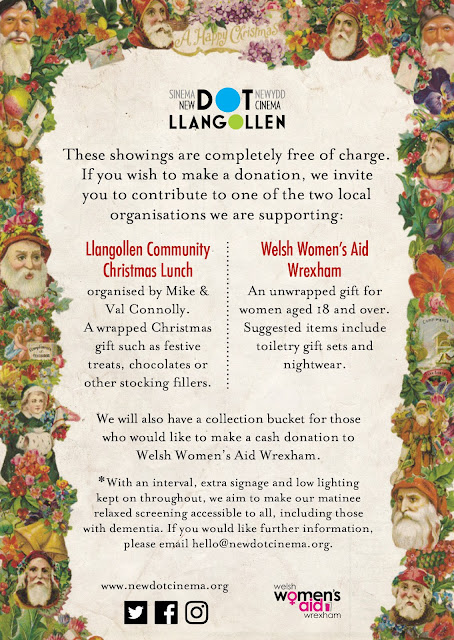 New Dot Cinema gets into the festive spirit with two screenings of It's A Wonderful Life, arguably the best-loved Christmas film of all time', on Friday December 14 at Llangollen Town Hall.

Even better, the matinee and evening screenings will be free.

In lieu of a ticket, people are invited to bring a Christmas gift, to be distributed by either Welsh


It's A Wonderful Life (1946, U) is a classic black and white American Christmas comedy-drama.

James Stewart stars as George Bailey, a man who has given up his dreams in order to help others and whose imminent suicide on Christmas Eve brings about the intervention of his guardian

Clarence shows George all the lives he has touched and how different life in his town of Bedford Falls would be if he had never been born.


Both shows will be preceded by 1940's swing music and extra special festive fare such as mince pies, hot drinks and a licensed bar. Mulled wine and hot chocolate will be on offer in the evening screening.


The 2.30pm matinee is billed as a 'relaxed screening'. It will have an interval, extra clear signage and low lighting kept on throughout.

The aim is to create a comfortable environment, accessible to all ages, including those with babes-in-arms and those with dementia.

People will be free to walk around, make noise and visit the loo repeatedly (for  example!) during the film.

Easily identifiable, friendly volunteers will be on hand to assist. For more information and to reserve main floor or wheelchair seating, please email hello@newdotcinema.org


If you'd like to make a contribution to the chosen charities, but are wondering what to bring, Welsh Women's Aid Wrexham has suggested unwrapped gifts for women aged 18 and over such as toiletry gift sets and nightwear.


There will also be a collection bucket for those who would prefer to make a cash donation to Welsh Women's Aid Wrexham.

It's A Wondeful Life was for many years shown almost repeatedly on television, as the rights holders had failed to complete paperwork to retain copyright. This turned a moderately successful film into an immensely popular one where, for many, watching it together became a Christmas tradition.


* New Dot Cinema Llangollen is a not-for-profit, community cinema run entirely by volunteers. More details can be found at www.newdotcinema.org , on Twitter or Facebook.
Posted by llanblogger at 6:50 AM