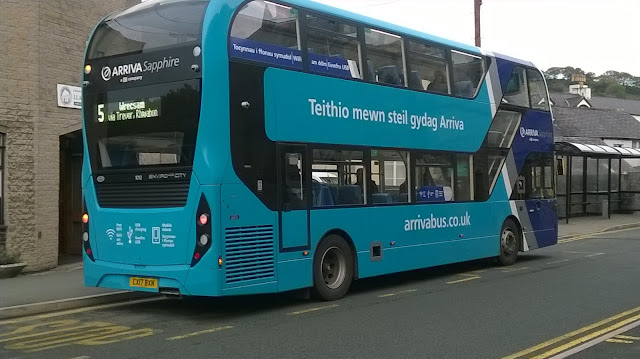 * An Arriva No 5 at the bus stop in Parade Street. 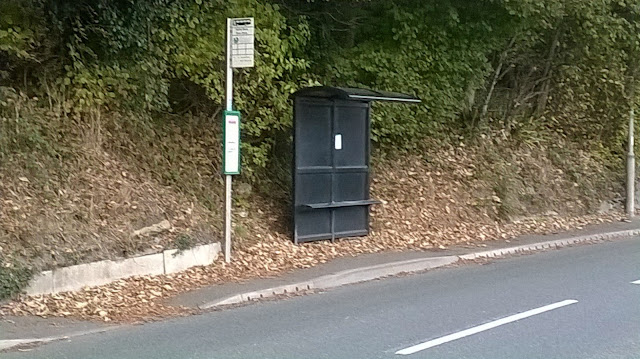 * The bus stop in Mill Street where the elderly lady was left waiting in vain for a No 5.

One of the town’s county councillors has secured a response to complaints from local travellers about afternoon “no show” buses in Llangollen.


One elderly lady says she was left waiting at the bus stop in Mill Lane in the bitter cold for over an hour from around 3pm last Friday for a number 5 to Wrexham which never arrived.


She claims one bus went right past without stopping during the time she was there.


The lady said later: “I understand the problem is due to the bus company sending its buses to pick up the children from Ysgol Dinas Bran in mid-afternoon.


“I’d have thought that if their scheduled services have to suffer because of the school contract they should have thought before taking it on.”


Llanblogger asked County Councillor Melvyn Mile to look into the problem and he has received the following response from Peter Daniels, Passenger Transport Manager for Denbighshire County Council:
“There is a gap in the timetable from Llangollen to Wrexham during the afternoon, owing to two of the three vehicles used on service 5 operating at times more suited to Ysgol Dinas Brân. This is deliberate.


“On schooldays, therefore, there is a journey at 1435 and the next at 1535, when there are two running together to cope with demand.


“The 1505 does not operate and it waits till 1535. While this is inconvenient for regular passengers, the service then picks up the half-hourly frequency at 1605.


“What your complainant probably saw was the incoming bus at 1458 which disappeared out of service to the Pavilion for one of the 1535 departures. The 1528 arrival does the same but then comes back to Parade Street.


“Times are changing marginally next week but there is still no benefit to non-school passengers. Arriva cannot serve the school any other way.”
Posted by llanblogger at 7:27 AM