Llangollen remembers for the first time in the new square 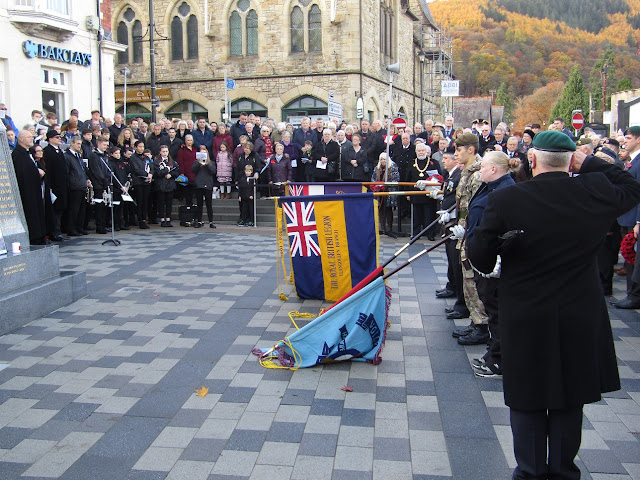 * Standards are lowered during the service.

Hundreds turned up to see the first Service of Remembrance being held in Llangollen's New Centenary Square this morning (Sunday).

Ex-service oganisations and a wide range of local groups assembled before the Venerable Chris Potter led the worship which this year marked 100 years since the Armistice in World War One.

The event was held against the backdrop of over 3,000 poppies, hand-made by local volunteers, which have been fixed to the rear wall of the square and will remain until the end of the year.

Wreaths were laid, bugle calls were sounded and the traditional minute's silence was observed leading up to the chiming of 11 o'clock on the Town Hall clock.

The names of the local people who fell were read out by David Thomas of Llangollen Royal British Legion.

For the first time, poppy petals were released at the climax of the service to drift down onto the heads of those in the square.

Llangollen Silver Band then led the parade on a circuit around Castle Street and Bridge Street to end the ceremony. 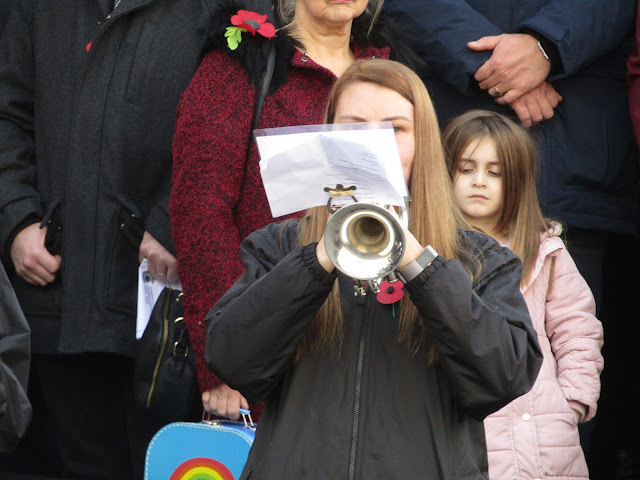 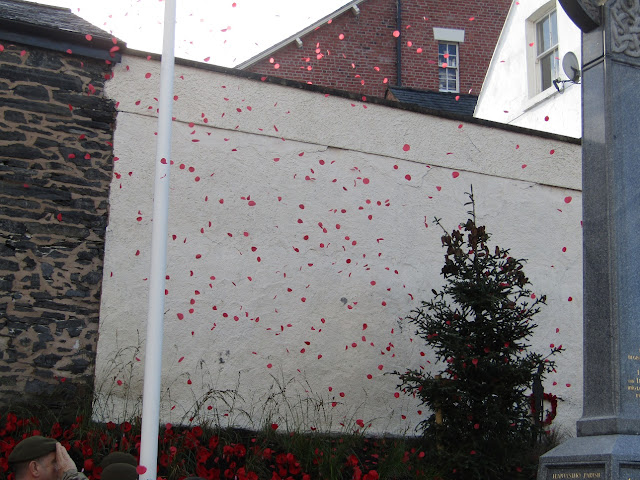 * Poppy petals flutter down over the war memorial. 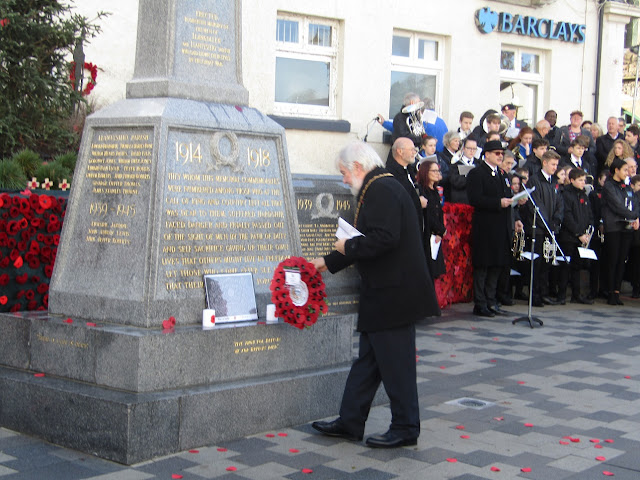 * Mayor Jon Haddy lays a wreath on behalf of the Town Council. 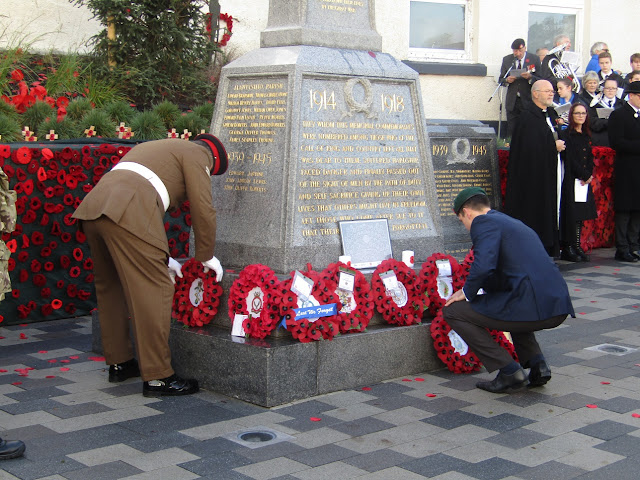 * Wreaths are laid on behalf of service organisations at the war memorial. 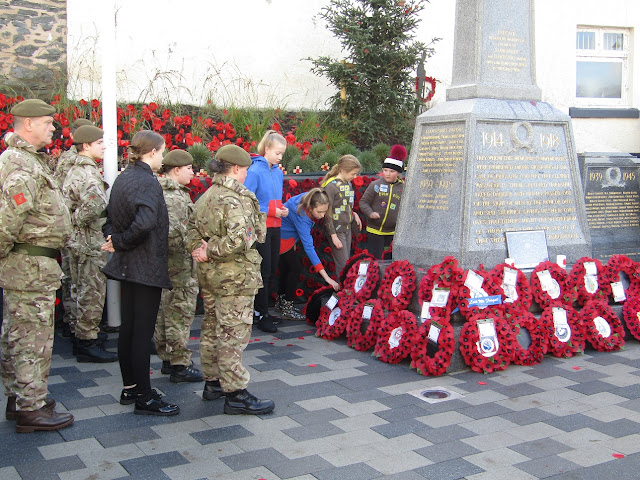 * Youth organisations honour the fallen whose names are recorded on the memorial. 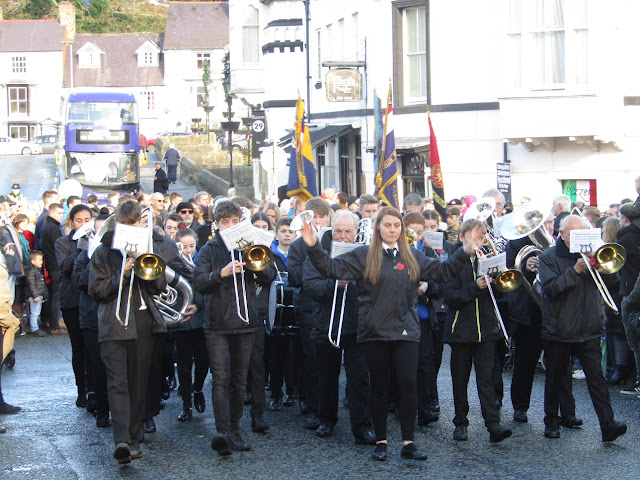 * The Silver Band leads the parade away from Centenary Square. 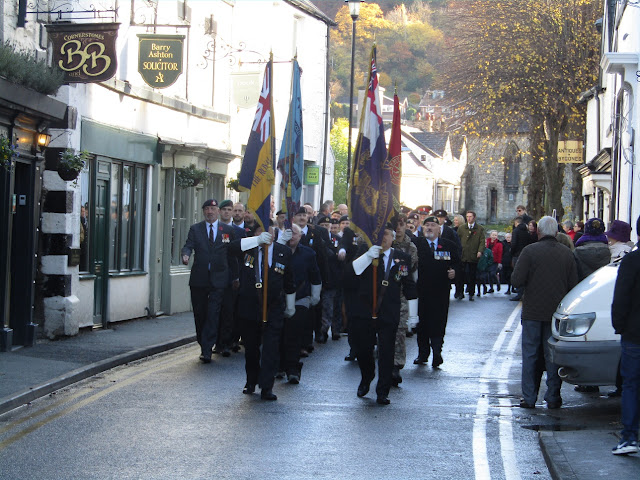 * Standards are paraded along Bridge Street. 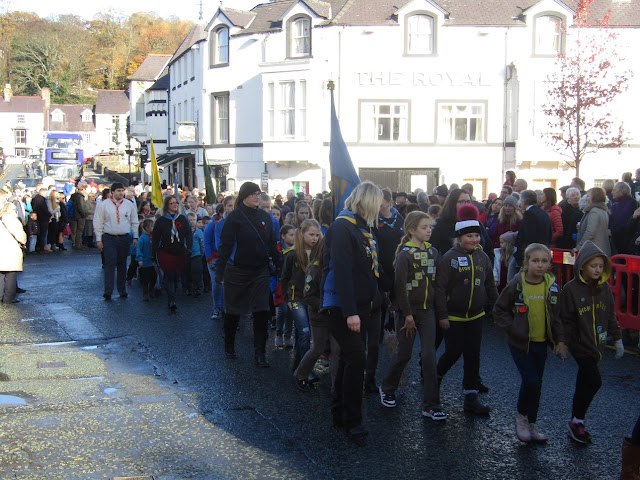 * The Brownies take part in the parade. 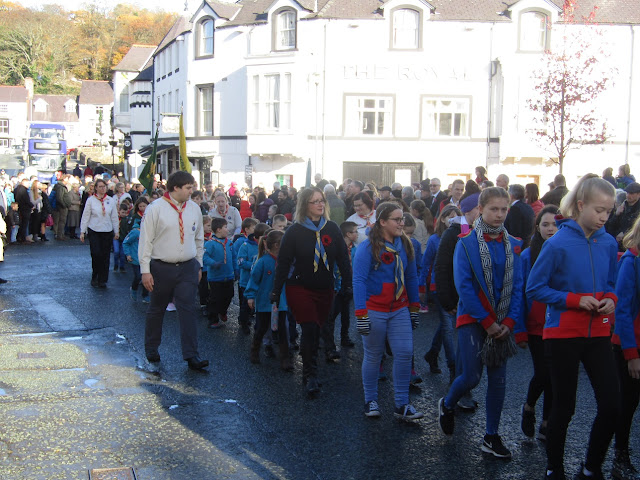 * The Guides march down Castle Street.
Posted by llanblogger at 12:13 PM