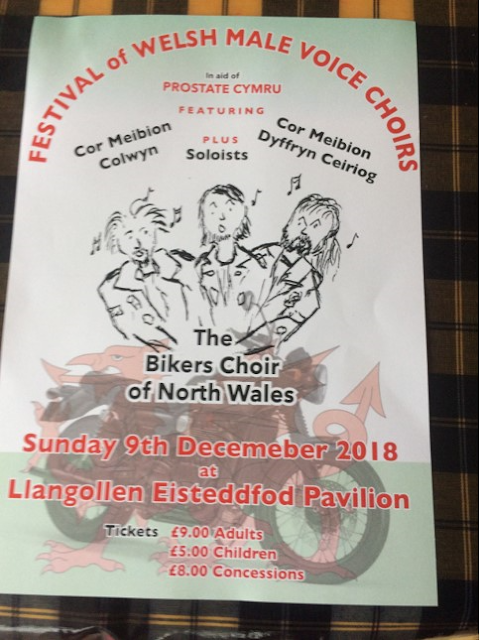 A Festival of Male Voice Choirs will be staged in aid of Prostate Cymru at Llangollen Eisteddfod Pavilion on Sunday December 9.

It will feature the newly-formed Biker's Choir of North Wales along with Cor Meibion Conwy, Cor Meibion Dyffryn Ceiriog and soloists.

Event spokesman Mike Gleed said: "We're expecting the concert to be something special and hope to make it an annual event.

"The Biker’s Choir has attracted some excellent voices already and numbers are increasing. We have a fabulous musical director who insists on excellence."
Posted by llanblogger at 6:32 AM