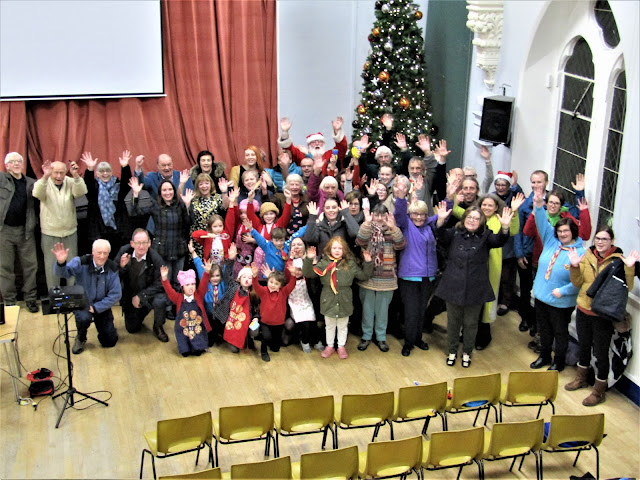 * Representatives of the benefitting groups say cheers to Cittaslow for their cash windfalls.

A dozen Llangollen community groups received an early Christmas bonus last night when they each won a share of a £5,000 windfall from the Town Council.
The council’s Cittaslow committee hosted a presentation evening at the Town Hall for the annual Community Support Grant scheme which sees local groups benefit from cash injections from the council.


Members of the public, provided they were town residents, were invited to listen to short submissions from representatives of the various groups outlining why some extra cash would come in handy to help them continue to thrive.
The large audience was then asked to vote on which organisations they thought to be most deserving.


At the end of the process Cllr Austin Cheminais, speaking on behalf of Cittaslow, made the surprise but welcome announcement that there would be no losers as every one of the groups would get the amount of cash they asked for.
That meant the cash was handed out to: 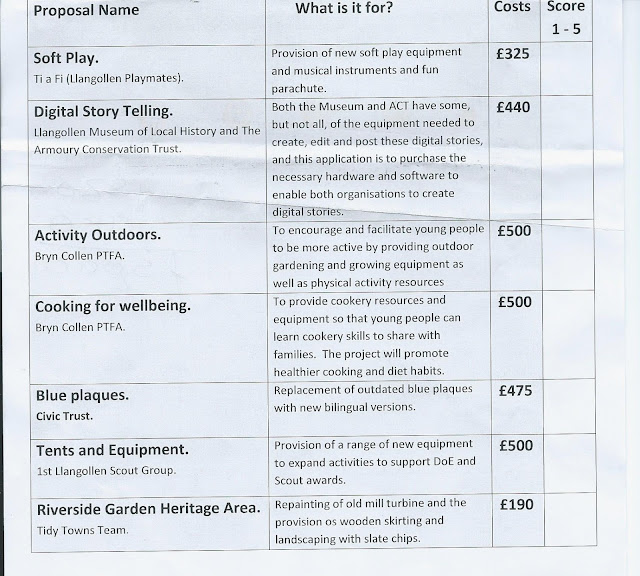 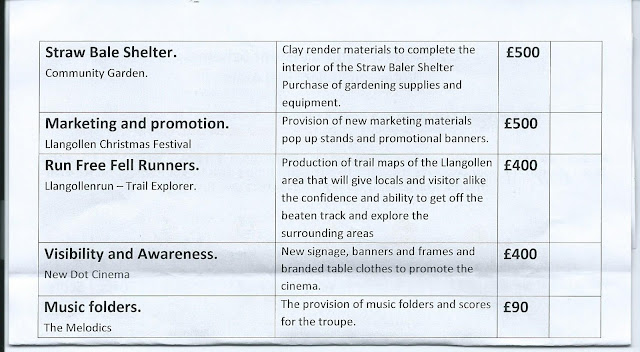 Three of the groups each also received a cash bonus voted for by Cittaslow members.
Cooking for Wellbeing received an extra £100, Activity Outdoors got £50 while Soft Play received an additional £30.


Cllr Cheminais described the work of all the benefitting groups as “brilliant” and said what they did helped to make Llangollen the vibrant community it is.
Posted by llanblogger at 6:35 AM