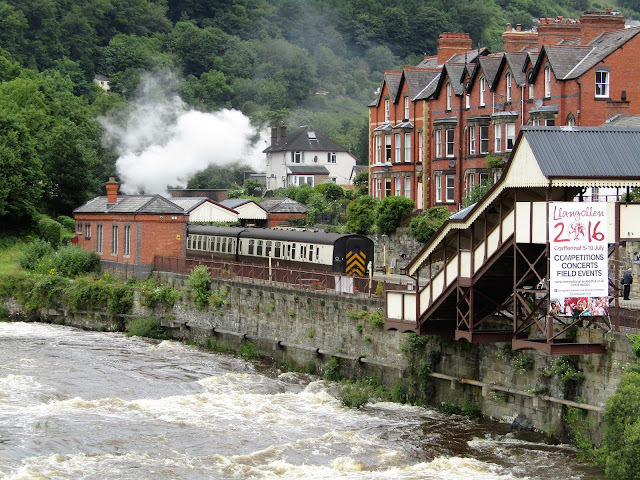 Following the resignation of Kevin Gooding, who was general manager of Llangollen Railway, the board has decided to reorganise the senior management structure of the railway and not to fill the post.

The board decided, following an internal review, to reorganise the senior management structure, into three divisions (Commercial, Operations and Engineering), with the heads of division reporting direct to the board.

The other reporting arrangements, and the individual responsibilities of staff below head of division level, are unchanged.

As a consequence of the reorganisation the railway will shortly be recruiting a chief civil and mechanical engineer to work alongside the commercial division and the operations division.

This change is seen as meeting the railway’s strategic and business requirements in both the short and medium term.

A commercial manager was appointed earlier this year.

Peter Lund, chairman of Llangollen Railway Trust Ltd and Llangollen Railway plc, said:
“First, and foremost, I would like to thank Kevin Gooding for his hard work over a number of years on behalf of the railway. I wish him well in his new endeavours.

"Secondly, the two boards met together on Sunday and decided not to appoint a general manager. Instead, following an internal review, the boards unanimously decided to appoint a chief civil and mechanical engineer. The post will be advertised shortly.

“This is a really exciting time for The Llangollen Railway, with the new Corwen station being constructed which, I hope, will be operational within the next 18 months.

"Llangollen Railway looks forward to working with partners and stakeholders in 2018. The railway’s operational plans for 2018 are already well advanced and those will be published shortly, the final details having been agreed at the recent board meeting."
Posted by llanblogger at 7:45 AM