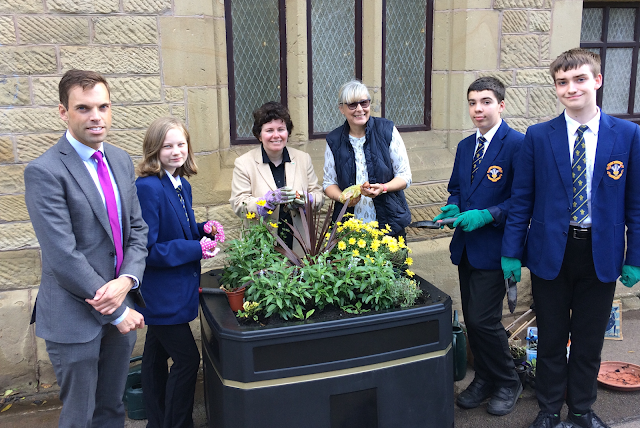 Campaigners calling for improved access at Ruabon Station turned out in force ahead of a petition being presented to Parliament.

Clwyd South AM and MP Ken Skates and Susan Elan Jones joined volunteers from the Friends of Ruabon to show their support last Friday.

Ms Jones said: “The campaign for better access at Ruabon continues and the excellent turn-out today shows the strength of feeling locally.

“This is an important station connecting people to our wonderful World Heritage Sites and key local destinations such as Wrexham and Chester, so it needs be more accessible. At present, it’s almost impossible for disabled people and those with restricted mobility.”

Mr Skates said the lack of disabled access was ‘insufficient in the 21st century for such an important station’.

He and local councillor Dana Davies have previously called for money from parking charges to be invested in improving the station’s facilities, but their plea was rejected by Wrexham Council leaders.

The residents’ petition states that the station ‘is currently inaccessible to a number of potential users’ because the footbridge is the only way of getting between the platforms – and calls on the UK Government to act.

Mr Skates added: “The many, many people who have signed the petition want and need to be better connected – and that means access for all. I’m delighted Susan is going to present it at Parliament in the coming weeks and will continue to support the campaign however I can on behalf of my constituents and station users.”

The Labour politicians welcomed the donation of new planters from Arriva Trains Wales and praised the ‘dedicated and tireless’ Friends of Ruabon.
Posted by llanblogger at 6:33 AM