Food festival serves up a treat this weekend 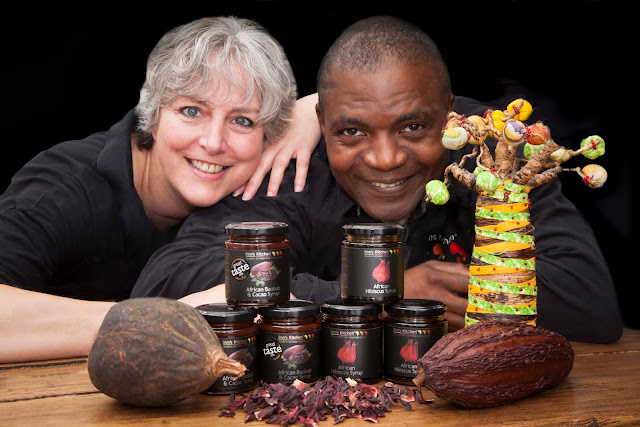 Llangollen will be transformed into the culinary capital of the UK - for one weekend only this Saturday and Sunday.

Thousands of foodies will be making a bee-line for the annual Llangollen Food Festival which has established itself as a major highlight in the gastronomic calendar.

This year's event will be even more special because the organisers are celebrating its 20th anniversary in style.

As ever, the venue will be the iconic pavilion which also stages the iconic Llangollen International Musical Festival which attracts singers and dancers from all over the world.

The festival was founded in 1997 and pioneered food tourism by creating a shop window for home grown producers.

Since then the event has gone from strength to strength, annually attracting around 8,000 food lovers from far and wide.

As a result, it's been named as one of the Top 10 food festivals in the UK by the Independent and Daily Telegraph newspapers.

It's estimated the festival pumps nearly £400,000 into the local economy every year, making a total of £8 million since it started two decades ago.

The top chefs revealing their recipes for success will include Bryan Webb from the Michelin-starred Tyddyn Llan, former captain of the Wales Culinary team Graham Tinsley and the ever-popular Dai Chef who will be there with his son, Daniel, the youngest head sommelier in the UK.

Among the stallholders will be an enterprising couple who are supplying one of the world's most famous stores and prestigious outlets in Singapore and Kuwait after reviving Britain's oldest biscuit.

Four years ago James Shepherd and his wife Natasha, from Llansannan, in Conwy, re-created the historic Aberffraw Biscuit which dates back to the 13th century.

They won plaudits from lovers of fine food when they officially launched it at Llangollen Food Festival in 2013.

Since then the premium shortbread, made from only the finest butter, flour and sugar, has become a firm favourite across the UK.

The places you can now buy the mouth-watering biscuit include the flagship Selfridges store in London’s Oxford Street.

To say a big thank you for helping to power the biscuit’s amazing rise to popularity the couple is returning to the festival which is celebrating its 20th anniversary this year.
Also there will be a husband and wife team whose African-inspired sauces made at their base in Afonwen have won a wealth of top food industry accolades.

Bim’s Kitchen, the brainchild of James and Nicola Adedeji, are preparing to unveil their latest culinary creations at this year’s event.

James said: “The festival offers a direct route to our customers. People are able to taste our products before they buy and you get great feedback from them and can gauge their reaction.”

Another big fan of the festival is artisan bread and pie maker Robert Didier from Wrexham-based Orchard Pigs.

He said: "Llangollen Food Festival is fantastic and it's not difficult to see why it has been named as one of the Top 10 food festivals in the UK by not just one but two national newspapers."

Among the celebrity chefs this year is Graham Tinsley MBE, who has prepared dishes for the Queen and Prince Charles on at least a dozen occasions and also created St David’s Day feasts at 10 Downing Street, can’t wait to showcase it at this year’s Llangollen Food Festival.
He will be leading the trio of top culinary maestros laying on a series of crowd-pulling cookery demonstrations on the second day of the festival.
Currently executive head chef at the prestigious Carden Park in Cheshire, Graham said: “Myself and two other big-name chefs from the North Wales Culinary Guild, which I head up, will be doing six demonstrations on the Sunday of Llangollen Food Festival, featuring starters, mains and puddings.
“What they’ll all have in common is excellent local ingredients. Without doubt, North Wales produces some of the best produce in the world which I champion at every opportunity.
“I love to use things from the smaller bespoke producers, so in the demonstrations we’ll be including such things as locally sourced meat as well as ice cream, rape seed oil, honey and beer which all come from producers based just a few miles away from Llangollen and are regular exhibitors at the festival.
“And as I use them I’ll be pointing out to the people watching exactly how good they are and which stalls they can buy them from. That’s what shows like this are all about.”
Committee member Pip Gale said: "We have a wonderful array of fantastic food producers clustered in the area and this year the festival is going to be bigger and better than ever so we'll be celebrating our 20th anniversary in style.

"We're heading for a record number of around 130 stallholders with a fantastic choice of produce, along with demonstrations from the region's finest chefs so there will be plenty to tempt the taste buds.

Among the first to congratulate the festival on reaching the important milestone was Ken Skates, the Clwyd South AM who is also the Welsh Government's Cabinet Secretary for the Economy, whose portfolio includes tourism.

He said: “Llangollen Food Festival is an incredible success and a great annual occasion for the Dee Valley.

"The economic benefits that the festival brings to the area are considerable and underline the region's growing reputation as a go-to destination for food lovers.

"Food tourism is something I believe has huge potential for future growth and it is no wonder that North Wales has been hailed as one of the world's top four must see places to go by The Lonely Planet travel guide."

It was a sentiment echoed by Jim Jones, the managing director of North Wales Tourism, which represents around 1.500 tourism businesses in the region.

He said: "We are entering a golden age for the visitor economy in North Wales and the increasing importance of food tourism is playing its part in our overall success.

"As one of the first and most successful food festivals in Wales, the Llangollen Food Festival has been a trailblazer for culinary excellence and I would like to congratulate them on reaching their 20th anniversary."

* To find out more about Llangollen Food Festival go to: www.llangollenfoodfestival.com