Concerns have been raised that the Welsh Government plans to further centralise health services away from rural areas.

Cllr Mabon ap Gwynfor, who represents the Llandrillo/Cynwyd Ward on Denbighshire County Council, was responding to the Welsh Government’s ‘Services fit for the future’ White Paper, which seeks views on proposals for the health and social services.

The White Paper has already drawn much criticism because of its proposal to abolish Wales’ Community Health Councils. 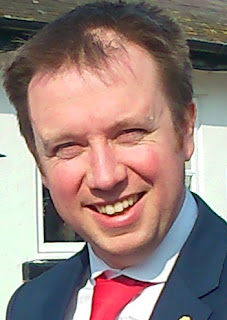 But Cllr ap Gwynfor (pictured) fears that the paper could give the green light to further centralise health services away from the patients, which will be particularly damaging for rural communities, as well as abolishing the Community Health Councils.

Cllr ap Gwynfor is also chair of the North Wales Health Alliance and has been a long standing campaigner on health issues, arguing against community hospital closures and for investment in local health services.

He said: “I have consistently opposed the downgrading of our health services. The Welsh Government have sought to downgrade or close certain services over the years under the auspices of the Health Boards. It’s been a long standing policy of the Labour Government in Wales, and I have fought them every time.

“This White Paper includes some warm words, and has some generic ambitions which on the face of it are laudable. Amongst the many worthy words it talks of how organisations need to ‘look beyond their own boundaries’ and ‘work across health boards’.

"All very admirable. But what will this mean in practice? I’m afraid that this Government’s record has so far shown that working across boundaries in practice means downgrading or closing certain services in order to centralise them.

"Consider the Community Hospital Closure programme they had here in north Wales, or the battle to stop the downgrading of maternity services at Ysbyty Glan Clwyd and Withybush.

"The devil will be in the detail, but I’m concerned that if the White Paper is accepted it will give them the green light to further downgrade some of our health services and make them even more distant to many of our communities.

“Furthermore the White Paper proposes to scrap the current Community Health Council model and create a new centralised model. If allowed to happen this will weaken the citizens voice and create an organisation that is distant and detached from those that need it. This doesn’t bode well.”
Posted by llanblogger at 6:33 AM