BT taken to task over digital issues in rural areas 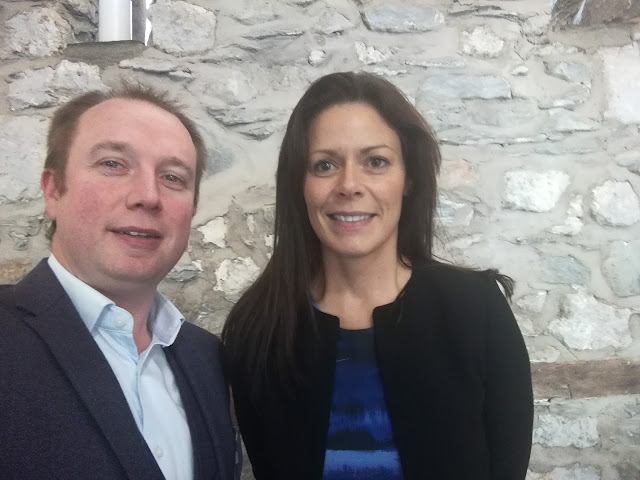 BT have been taken to task for a lack of digital infrastructure in rural Wales.

Mabon ap Gwynfor, county councillor for the Llandrillo/Cynwyd Ward on Denbighshire County Council, raised the issue of poor mobile and broadband coverage directly with the head of BT in Wales, Alwen Williams.

In an event held at Plas Isa, Cynwyd, Cllr ap Gwynfor explained to Ms Williams the difficulties that residents and businesses face with getting any form of digital reception in the area.

Cllr ap Gwynfor said: “Poor broadband is a real problem. But that could be overcome to a degree if we had good mobile coverage, because 4G is as good as most broadband coverage.

"Unfortunately, while the UK Government are planning to roll out 5G there are large parts of this area which don’t have any sort of mobile reception which in this day and age is quite simply not good enough.

“The Government and large organisations are putting everything on line – farmers are expected to fill their forms on line, citizens are expected to bank on line and most businesses rely entirely on digital communication. The lack of decent broadband or mobile coverage is holding us back here, and is impacting on our wellbeing and our local economy.”

Cllr ap Gwynfor asked Ms Williams to ensure that BT left no household in the area behind as BT rolled out their fibre infrastructure. He also asked that she work with EE, owned by BT, to look at installing a commercial mobile phone mast in the area.

“Alwena Williams was very sympathetic to my calls”, said Cllr. ap Gwynfor. “She’s from Gwytherin herself, and knows the difficulties that rural communities face. I am hopeful that we will see something positive in the future. I have spoken to her since, and she's been very helpful.

"A Vodafone mast is due to be placed in Llandrillo, but the installation has not progressed much so far. I'm also in discussion with them to see what can be done to ensure the mast is installed as soon as possible."

Posted by llanblogger at 7:05 AM